The new Broadway Bridge has an outstanding bicycle and pedestrian sidepath.  Its connection to the Arkansas River Trail on the Little Rock and North Little Rock sides create a low mileage bicycle or pedestrian recreational loop when coupled with the Clinton Bridge.  Leveraging this facility for transportation requires connecting it to our on-street bicycle network, especially to continue a north-south corridor.

Sidepath to Broadway and Markham?

Ideally this connection would be made by continuing a north-south bicycle route as close to the Broadway Bridge corridor as possible.  This route would be most beneficial if it was immediately east of Broadway.  High density jobs and residences are concentrated in the two blocks east of Broadway; to create the route west of Broadway would be to ask a bicycle commuter to cross the most dangerous bicycle and pedestrian corridor in Central Arkansas (Broadway between the Arkansas River and I-630) twice.[2]

ArDOT created an outstanding bicycle and pedestrian facility on the new Broadway Bridge (Fig. 1).  The Broadway Bridge shared-use sidepath is one of the reasons the bridge is nominated for a prestigious national award.   The City of Little Rock Parks and Recreation partnered with ArDOT to make a strong connection between the Broadway Bridge and the Arkansas River Trail, primarily for recreational pedestrians and cyclists.  The City is still considering how best to create a strong link between the sidepath and on-street bike facilities to support bike commuter use.

I have not yet identified a politically viable route, but I will continue to work toward that goal.   In the meantime, I would like to create a consensus that the City of Little Rock would like bike- and pedestrian-friendly improvements to the Broadway and Markham intersection and what those improvements should look like.  The timing of this consensus is important because the City of North Little Rock intends to request a change order from ArDOT, informed by pro bono engineering by Halff Associates, Inc., to improve the on-street bicycle connection on their side of the river.  The utility of NLR’s improvements will depend on what bike-friendly improvements we can make on this side of the river.  CLR can only submit a change order while ArDOT/Massman are still active in the corridor.

The following report will: 1) consider the suitability of the sidepath between the Broadway Bridge and the Broadway and Markham intersection for shared use and 2) identify three changes to the intersection to make it more bicycle- and pedestrian-friendly. 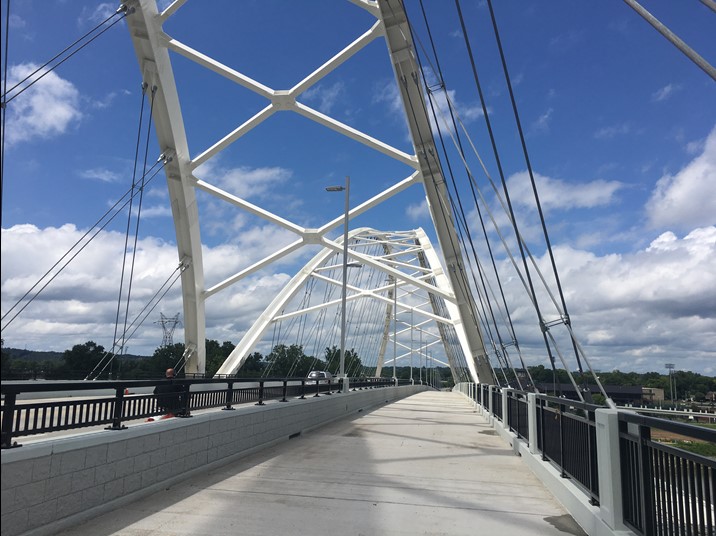 Figure 1.  The separated bicycle and pedestrian space on the Broadway Bridge is suitable for recreation and transportation.

This is not an easy connection to make.

Continue on Broadway? Continuing a bicycle corridor on Broadway would be the most straight-forward solution, but vehicle vs. bicycle collisions are a major concern.  This section of Broadway is the most dangerous ten blocks for bicyclists and pedestrians in all of Central Arkansas (Fig. 2, Table 1).  The concern for bicycle and pedestrian safety in this corridor is so great that it prompted Metroplan to conduct a corridor safety study in 2012 and was a focus of a 2019 Safe Transportation for Every Pedestrian (STEP) Peer Exchange.  Any bicycle facility built in this corridor would need to be very protective of bicyclist safety. 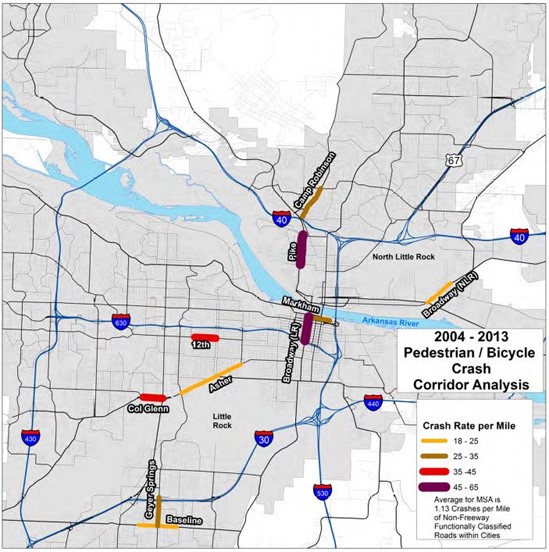 Figure 2.  This is a map of the most dangerous corridors in Central Arkansas (Metroplan Crash Analysis). 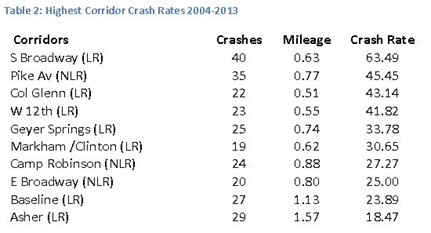 Table 1.  This table ranks the 10 most dangerous corridors for bicyclists and pedestrians in Central Arkansas (Metroplan Crash Analysis).

Even without these demonstrated safety concerns for this specific corridor, based on vehicular traffic volume, FHWA's unambiguous recommendation would be for any bicycle facility on Broadway to either be a physically separated bike lane or sidepath (Fig. 3).  There is not sufficient width in the corridor to create either of these facilities without reducing the number of vehicular traffic lanes (i.e. a road diet).  Given Broadway's 21,000 vehicles per day and the number of traffic lights and property access points, a road diet would negatively affect traffic flow.  In short, there is no way to make this section of Broadway a viable bicycle corridor without major changes to how the corridor functions. 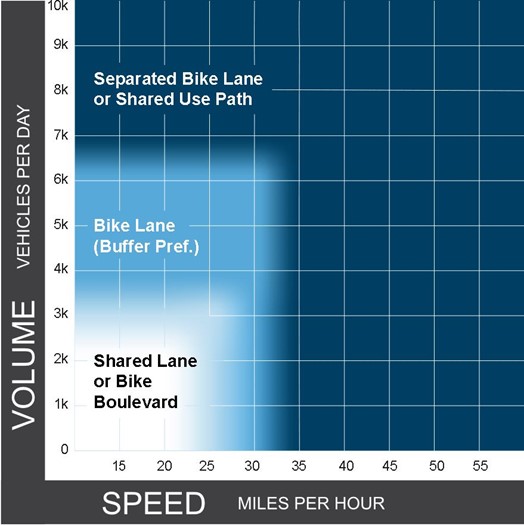 Figure 3.  Chart from FHWA's Bikeway Selection Guide (2019) showing recommended bicycle facility for streets with different speed limits and traffic volumes.  This section of Broadway has a posted 35 mph speed limit and an average traffic volume of 21,000 vehicles per day; FHWA recommendation would be for a separated bike lane or shared use path.

Go West?  Another possibility would be to create a north-south corridor west of Broadway.  The

What would creating a bicycle corridor on Broadway look like?

Broadway has too much vehicular traffic to make sharrows recommended in theory; given that this section of Broadway is the most dangerous for bicyclists and pedestrians in all of Central Arkansas, bicycles cannot be routed onto it without physical protection in practice either (Fig. 3).  Given Broadway's , the number of property access points along it, and the density of traffic lights, a would likely negatively affect traffic flow.  Broadway is not wide enough to narrow vehicular lanes to provide sufficient room for bike lanes.

One block east of the Broadway Bridge, there are trolley tracks on W. Markham and Spring Streets (Fig. 2); the potential for the tracks to cause a bicycle crash make these roads unsuitable to chart a route.

and not enough width to create bike lanes while retaining the same number of vehicular lanes (Fig. 2).  The number of vehicles per day and the density of traffic lights do not allow a road diet on Broadway.  Arch and Gaines Streets are not a good north-south corridors because they do not have traffic lights to facilitate crossing 3rd Street and they both end between 4th and Capitol (Fig. 2). 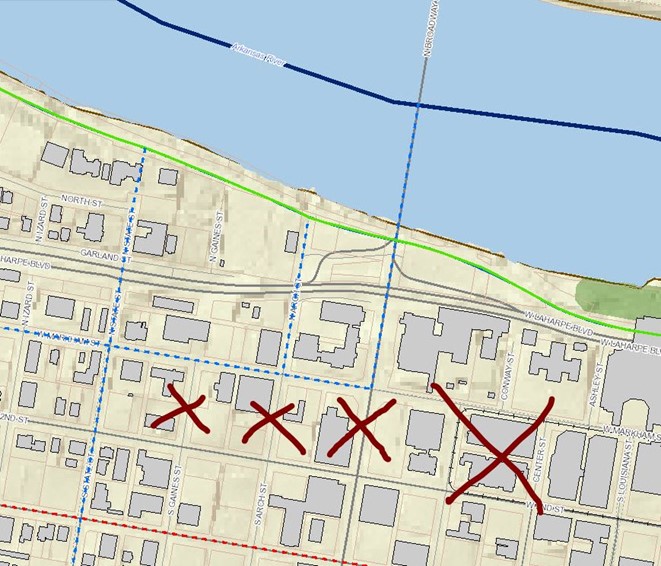 Figure 2. It is important to connect the Broadway Bridge BikePed facility to a quality, on-street bicycle network, but existing conditions make that challenging.  Trolley tracks block an east route, vehicular traffic conditions and road width block a straight route, and Arch and Gaines Streets to the west are not continuous.

State Street, three blocks west of Broadway, could be engineered to be a north-south corridor, but the three block connection between Broadway and State St. is via Markham St. (Fig. 2).  This section of Markham St. is a two lane, double yellow line street (with no separation from vehicles) which experiences vehicular speeding during much of the day.  From 4-6pm on Monday-Friday, Markham St. transforms into a three lane street (on-street parking yielding to a second east-bound traffic lane) to stack traffic leaving Little Rock via Broadway.  It is a much higher-stress corridor than the Broadway Bridge sidepath and would be the portion of the bicycle route that would discourage bike commuting for many.  Also, the utility of the Broadway Bridge as a bike commuting corridor is to connect to the heart of high-density employment.  These high rise office buildings are immediately to the east of Broadway.  Continuing the Broadway Bridge corridor on State St. would not only mean routing bikes out of their way in the wrong direction (west), but also require them to cross Broadway a second time (the sidepath is to the east of Broadway) to access high-density employment.

Not Easy but Not Impossible

There are solutions to create a high-quality north-south corridor extending from the Broadway Bridge, but they would require some investment of time, money, outreach, and energy.  What would be necessary?

It is the Catch-22 of becoming more bike-friendly.  The great majority of people will not commute by bike until they have a complete, safe route to do so (Fig. 3), but the political will to invest in more bike lanes, in higher-quality bike lanes, and in lanes that are networked to allow people to connect from origins to destinations often requires decision-makers to see a large enough constituency to justify the effort (i.e. greater ridership).  This is true even though latent demand for bike facilities has been demonstrated in our community in a number of ways.

So how do you demonstrate demand?  1) 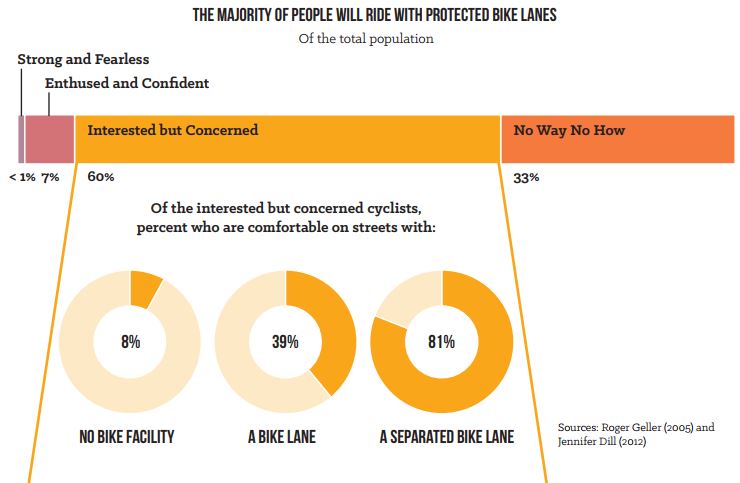 Figure 3.  Bike commuting may be increasing in Little Rock, but it is still only the "Strong and Fearless" who attempt it (see also).  Dramatically increased ridership will require

Demonstrated public demand for this corridor would be needed before it is given serious consideration.

Creation of the new Master Street Plan will require professional planners to consider bike transportation corridors.  They may have ideas to create a high-quality north-south bicycle corridor

, they may have better ideas to create the best connection possible between the low-stress Broadway Bridge facility and an on-street bike network

If this is a project you would like to see completed, feel free to use any of the language below to complete an infrastructure request form and submit it to Public Works no later than September 30th (postal mail and email addresses can be found on the form):

1) Briefly describe the proposed project.  Please include the boundaries of the project.

Broadway Bridge Connection:  In order to make the BikePed facility on the Broadway Bridge an asset for bike commuting, it must better connect to a low-stress, on-street bicycle network.  The facility exits onto a ramp to the Arkansas River Trail or a sidewalk along the east side of Broadway.  I would like the City of Little Rock to create a better connection between that sidewalk and an on-street bicycle network.  This connection may include a ramp, signage and traffic light consideration so that all modes of traffic understand how bikes should be operating during this transition.  I would like the City to create high-quality bike connectivity between the intersection of Broadway and W. Markham and an on-street bicycle network.  I would like any new Master Plan including bike facilities to give special consideration to this new bicycle asset to maximize its value in our transportation system.

2) Indicate if this is a new project or a continuation of an existing project.

This is a new project.