Manufacturing Victory: The Arsenal of Democracy 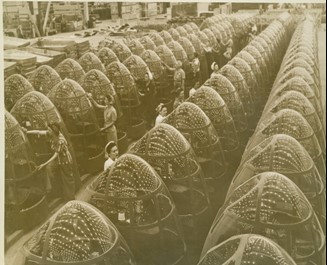 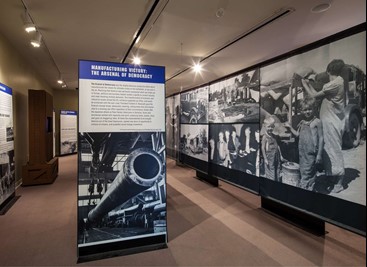 Manufacturing Victory tells the inspiring story of the Home Front effort that produced tanks, planes, ships, and guns with staggering speed and unparalleled energy. It was a surge in productivity that not only brought the country out of depression, but also created mighty military forces, supplied the Allies abroad, and opened new doors of opportunity and social change. On loan from the National WWII Museum in New Orleans, LA.

The Color of Freedom: Honoring the Diversity of America's Servicewomen

The interactive display will include the stories of twenty-one servicewomen of color, and bring to light the impact that these women made while serving in various branches of the U.S. military. In addition to content from the original Color of Freedom exhibit installed at the Military Women’s Memorial in March 2021, QR codes will enable viewers to access a selection of oral history recordings which were digitized with the support of Iron Mountain Entertainment Services and Iron Mountain’s Living Legacy Initiative. https://mwm.omeka.net/exhibits/show/the-color-of-freedom