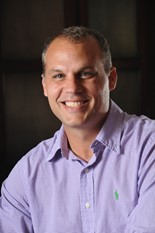 John Eckart has been the Director of Little Rock Parks & Recreation since June 2017. He has a Masters of Business and Administration from the University of Arkansas at Little Rock, and received Sunbelt All-Conference honors in cross country track in field during his time at UALR. John moved to Miami, FL in 2005 where he was the Athletic Director of Facilities and Operations at Florida International University. John moved back to Little Rock in 2012 to serve as the Director of Parks & Recreation for Benton Arkansas from 2012 to 2017.