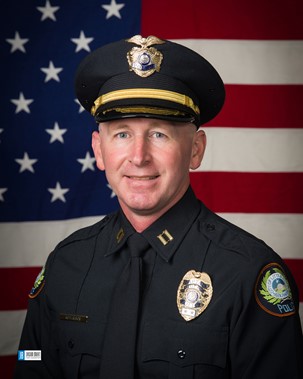 The Headquarters Division is under the command of Captain Dustin Robertson, who reports to the Assistant Chief of Police - Executive Bureau.

Captain Robertson is a graduate of the F.B.I. National Academy, the Arkansas School of Law Enforcement Supervision, Arkansas Leader, and numerous other law enforcement training schools.

The Headquarters Division is comprised of two sections:

The Property and Evidence Unit is responsible for collecting, storing, and tracking all evidence and property logged into the department’s RMS. The Property Unit works closely with civilians, officers, detectives, State Crime Lab, the Prosecuting Attorney’s Office, other law enforcement agencies, and all courts to ensure that case dispositions and property received are accurately tracked in an expeditious manner;

The Warrants / Front Desk Unit is charged with the management of Arrest Warrants and Subpoenas for the Little Rock District Court, 24-Hour Front Desk Coverage, Facility Maintenance of Headquarters, Community Service, and Archives for the Police Department. The unit also assists civilians and the public by providing information requested and with investigations / operations to make warrant arrests;

The Wellness Unit has the mission to create an environment within the LRPD where employees will begin and end their careers in good health, both physically and emotionally. The Wellness Unit is committed to promoting the idea of Wellness for all employees of the Little Rock Police Department.”