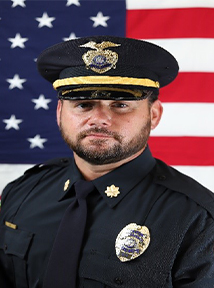 Major John Lott has served with the Little Rock Police Department since 2002. During his career he has served in numerous Field Service assignments, specialized assignments and investigation fields. He has attended several executive level leadership courses to include the School of Law Enforcement Supervision (SLES) and Arkansas Leader.