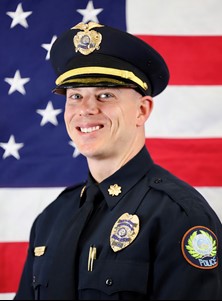 The Training Division is under the command of Major Cody Miller, who reports to the Assistant Chief of Police – Executive Bureau.

Major Cody Miller is a Central Arkansas native graduating from Cabot High School in 2004.  He began his law enforcement career in 2008 after graduating from the University of Arkansas at Little Rock with a bachelor’s degree in Criminal Justice.

Major Miller has obtained several law enforcement certifications and has attended several executive-level leadership courses.  He has received numerous civilian and supervisor commendations, an Officer of the Month award, and a Police Unit Commendation award.  Major Miller is married and has two kids.