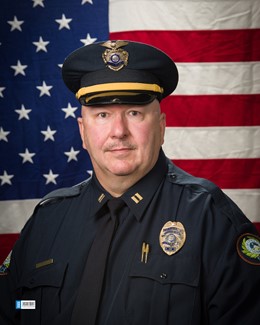 The Special Investigations Division is under the command of Captain Ken Temple, who reports to the Assistant Chief of Police - Investigative Bureau.

Captain Temple has a Bachelor of Arts Degree (History) from the University of Arkansas at Little Rock.  He has attended the Arkansas School of Law Enforcement Supervision as well as various other local, state and federal law enforcement training schools. Captain Temple currently possesses a Senior Certificate, is certified as a Law Enforcement Instructor and firearms instructor. He is a career long member of the Fraternal Order of Police and is a retired Lt. Colonel with the Arkansas Air National Guard.

The Narcotics Unit is responsible for investigating all criminal offenses relating to or arising from the use of or trafficking of controlled substances. A vital role of the Narcotics Unit is to maintain a close working relationship with federal, state and local drug enforcement agencies.

The Vice Unit is responsible for the investigation of criminal offenses relating to or arising from acts of prostitution, gambling, pornography and liquor violations.

The GCIU mission is to identify and target individuals who carry and use illegal guns in an effort to reduce or prevent gun crimes and the associated violence through the development and production of time sensitive actionable intelligence.  They are tasked with assisting state and federal partners in their successful prosecution efforts of individuals involved in or associated with gun crimes or who are committing acts of violence.