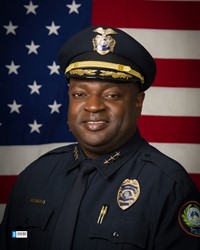 Assistant Chief Finks is also a member of the Board of Directors for Professional Counseling and Associates, the Executive Board for the Little Rock Field Office FBI/JTTF, and the Supervisory Board of the Arkansas Crime Information Center.