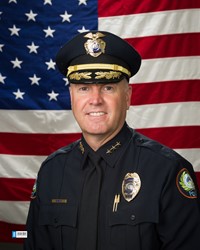 As Assistant Chief of Police, he serves as the Executive Bureau Commander, overseeing the operations of the administrative units of the Department for the citizens of Little Rock.