| Board of Directors | Meet Your Board Members | Dr. Dean Kumpuris 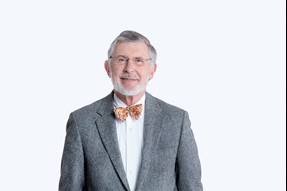 Director Kumpuris is a graduate of Little Rock Hall High, Washington & Lee University and Emory University Medical School. He is a gastroenterologist in practice in Little Rock.

Revitalization of Downtown Little Rock has been a major focus of Director Kumpuris. He has been involved in the development of the River Market and the expansion of Riverfront Park.  He worked with children and parks staff to design the new Peabody Park Play Area in Riverfront Park. Director Kumpuris also championed the La Petite Roche Plaza in the park, which pays tribute to the City's namesake.

Dr. Kumpuris was the City's liaison to the site selection and planning for the Clinton Presidential Center and Park. In addition, he worked to establish the Bill Clark Wetlands Park along the bank of the Arkansas River.

Director Kumpuris has also been instrumental in the encouragement of public art. In less than 10 years, his efforts have led to over 90 sculptures in those two parks and additional sculptures placed throughout Little Rock. The Sculpture at the River Market show attracts thousands of visitors each year.

A member of St. Mark Episcopal Church, he and his wife Mary have two children. He has also been a longtime supporter of the Boys and Girls Club. In addition to being a vocal supporter of the City's Prevention, Intervention and Treatment Programs, he is founder of Arkansas Commitment. Director Kumpuris is member and chairman of the University of Arkansas at Little Rock Board of Visitors.