City staff proposes to install a two-way cycletrack the north side of 7th Street from Izard to Battery with long-term plans to extend the corridor in both directions in future phases.

Our Master Bike Plan has called for bike lanes on 7th Street ever since its adoption into the Master Street Plan in 2009 (Fig. 1).  It is important to the network because it is the most low-stress on-street east-west bicycle connection between the Arkansas River and I-630 and therefore has major ramifications for bicycle commuting into downtown.  Our new Complete Streets: Bicycle Plan retains this corridor, but extends it to run as far west as Brown St. and increases its utility by making it a necessary part of the connection across I-630 for Park and Battery Street (Fig. 2).  By drafting Booker into the bike network, the Complete Streets: Bicycle Plan also makes 7th Street an important corridor to commute to downtown from Hillcrest or the Heights via Kavanaugh (Fig. 2).  The Complete Streets: Bicycle Plan considers 7th Street a high priority for bike infrastructure due to equity, demand, public feedback, and crash history (Table 1). 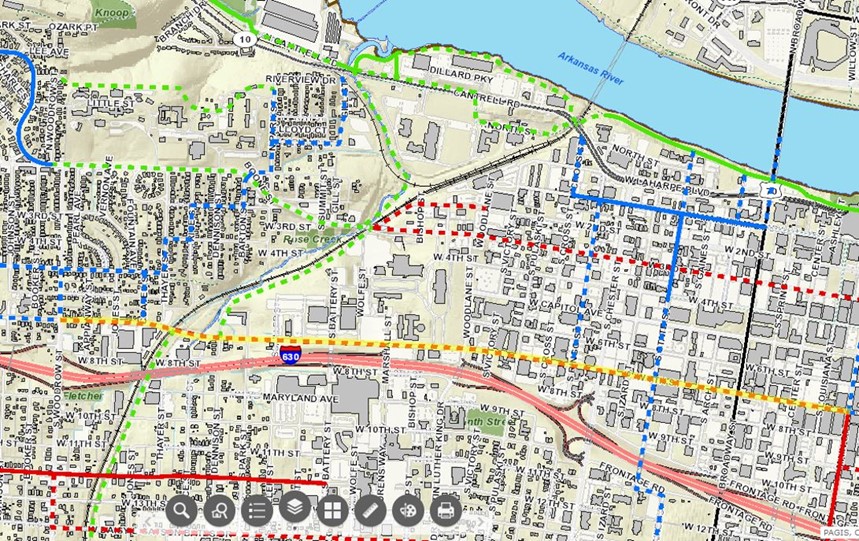 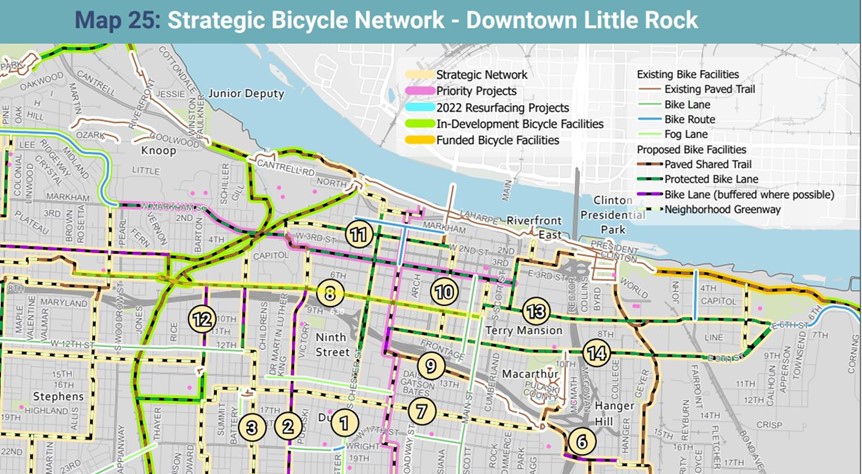 Table 1.  7th Street is important for the strategic bike network for several reasons.

The Central Arkansas Regional Greenway is a regional trail system commissioned by Metroplan and created by Crafton-Tull and Toole Design (Fig. 3).  Metroplan has dedicated $55M over the next 10 years to help build this trail system.... it's kind of a big deal.  7th Street is an important part of this regional trail network.  It is part of the east-west regional trail route (a.k.a. the Midline) from Brown Street to the western side of the Union Pacific tracks, where the Midline route follows the proposed Rose Creek Trail to the Arkansas River Trail (Fig. 4).  7th Street also creates a junction between the Midline and another leg of the Regional Greenway, the Southwest Trail, which will connect Little Rock to Hot Springs, Fig. 4).

All of this will happen a few blocks west of the current 7th Street resurfacing project, but what we do with 7th Street's current resurfacing will impact the utility of this multi-million dollar trail network.  Bike facilities on 7th Street's current resurfacing will help connect the Midline and the Southwest Trail to downtown Little Rock, leveraging the trails for recreation and transportation.  This regional trail connection also makes it important to construct 7th Street bike facilities in a way that is most comfortable for people nervous about riding a bike mixed with traffic; a two-way cycletrack would be an excellent facility type to ultimately connect to the Southwest Trail and the Midline.

Figure 3.  The Central Arkansas Regional Greenway will get a lot of attention in the next 10 years.  Building bicycle and pedestrian connectivity to it will leverage its utility for recreation and transportation.

Figure 4.  7th Street is a hub between the Regional Greenway's east-west route (Midline) and the Southwest Trail.

What is a Two-Way Cycletrack?

A two-way cycletrack is like a "bike road" on the side of a vehicular road (Fig. 5).  The advantage is that it is physically protected from moving cars and therefore feels safer and is safer for some types of vehicular conflicts (i.e. lane departures).  Other advantages include less width of roadway required to construct the facility (lanes can be 4 ft. minimum and only one buffer width is required instead of two) and that it costs less because only one row of physical protection must be installed.  The major disadvantage is that a car crossing the two-way cycletrack to turn onto a side street or driveway has conflicts in both directions that the driver must yield to but may not expect. 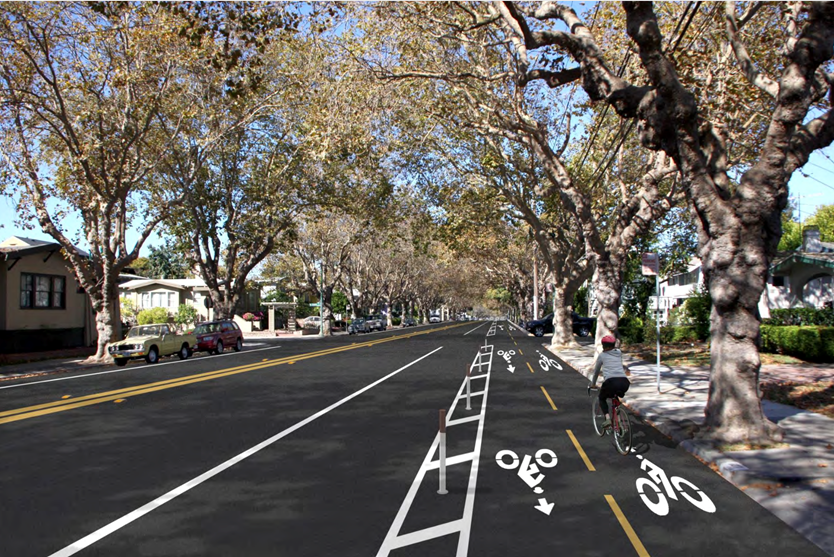 Figure 5.  An example of a two-way cycletrack with delineators as the physical separation.

City staff proposes to install the cycletrack from Izard to Battery.  A two-way cycletrack on the north side would retain parallel parking on the south side of the street (the primary benefit of Pop Up in the Rock's 2013 design, Fig. 2) and create even stronger separation than the City's 2016 design (Fig. 3).  Figure 6 is an example of what this would look like; for more information visit more cycletrack designs. 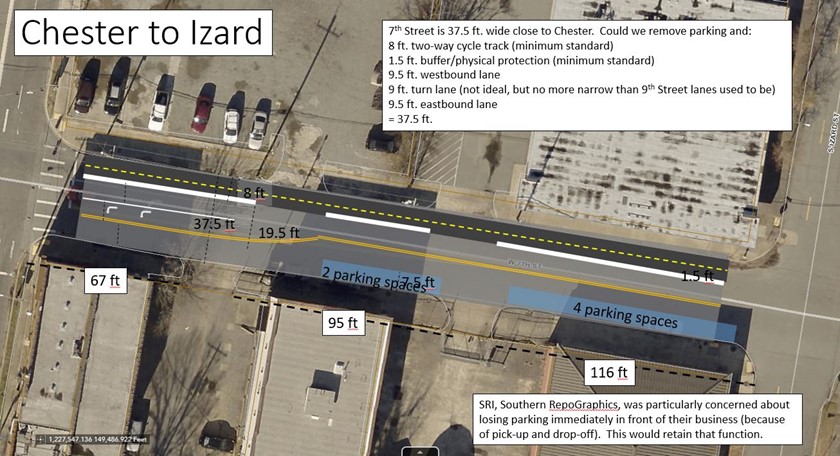 Figure 6.  Design concept for a two-way cycletrack from Chester to Izard.

Parking demand on this part of 7th Street is light but consistent; the reconfiguration would not decrease parking capacity below demand on 7th Street alone (let alone unused parking capacity on side streets a block from 7th St., e.g. Fig. 4) for all blocks but Cross to Pulaski.  For that block, there is untapped parking capacity on side streets and in an underdeveloped parking lot on the NW corner of Cross.  Parking is retained on the side of the street with the most demand, i.e. in front of small businesses and the Social Security Office on the south side of 7th Street.  We have reached out to all affected businesses in this corridor and heard back from three; two who were not opposed but had questions we were able to answer and one who was in favor.