A bike-friendly route to the Arkansas River Trail has been out of reach for many Little Rock residents, especially those living in West Little Rock.  This gap in connectivity encourages residents transport their bikes on/in their cars to get to the trail, increasing vehicular congestion on the road and parking demands on trailheads and decreasing overall ridership. 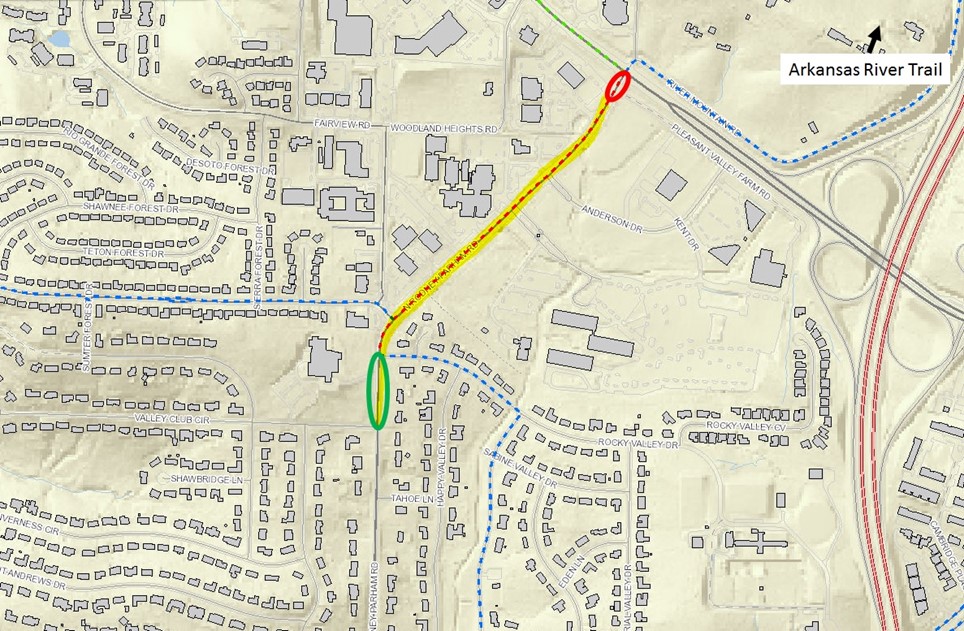 This project opens the Arkansas River Trail to much of West Little Rock (Fig. 2).

Figures 3-8 show the new bike lane facilities traveling north from Valley Club Circle to Cantrell.  The northbound bike lane ends before the Cantrell intersection (Fig. 8).  Signage in the bike lane and for cars will facilitate bike traffic to safely merge with vehicular traffic when the bike lane ends (Fig. 9).   Figures 10-16 show the new bike lane facilities traveling south from Cantrell to Valley Club Circle.  Note the traffic pattern approaching Pleasant Forest Dr. so that you are familiar with how to navigate it when riding (Fig. 14-15). 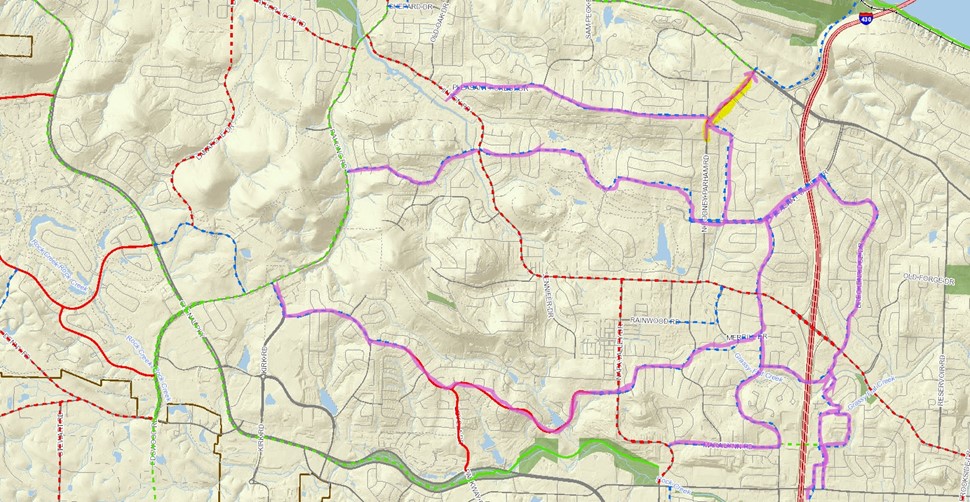 Figure 2.  This relatively small project (yellow highlight) will connect the Arkansas River Trail to much of West Little Rock.  Dotted blue lines are proposed sharrows on the Master Bike Plan.  While not installed, these indicate streets that are relatively bike-friendly without the addition of bike lanes. Note all of West Little Rock connected to the Arkansas River Trail through the N. Rodney Parham bike lane, other installed bike lanes, and proposed sharrows (purpose highlight). 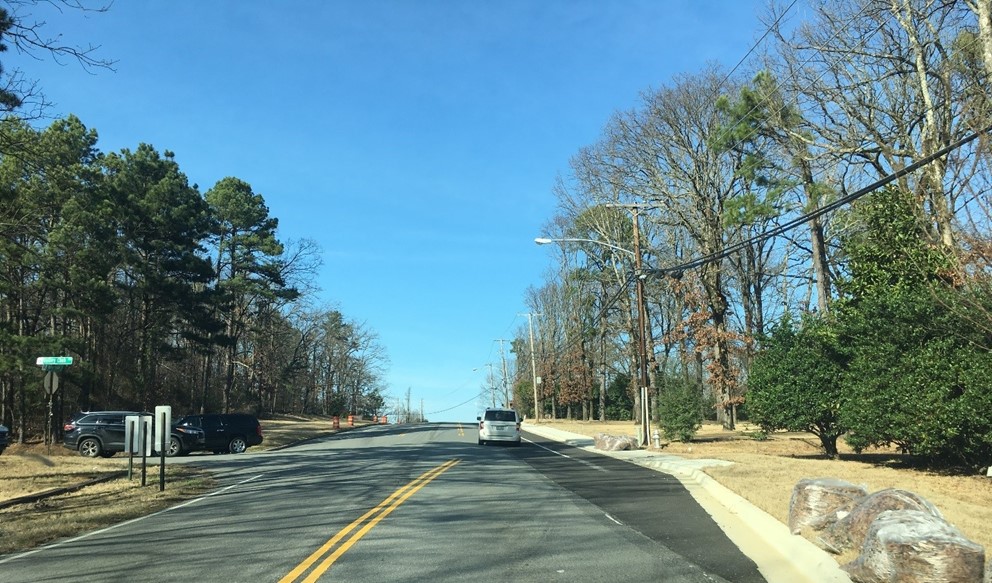 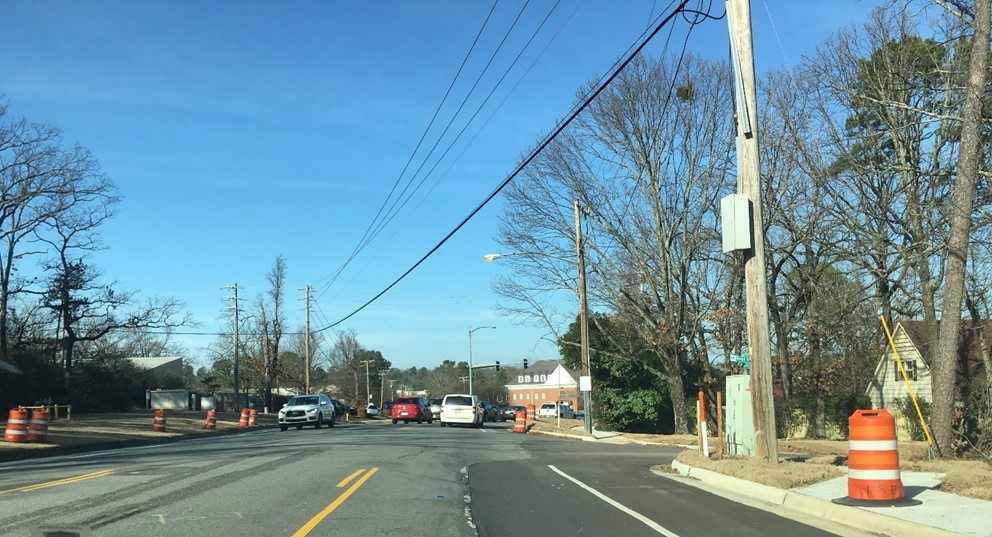 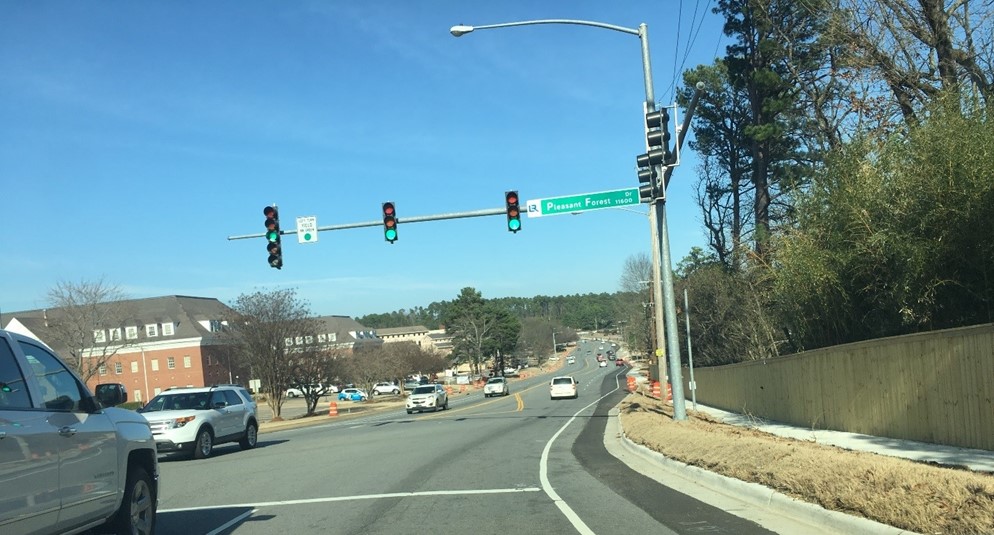 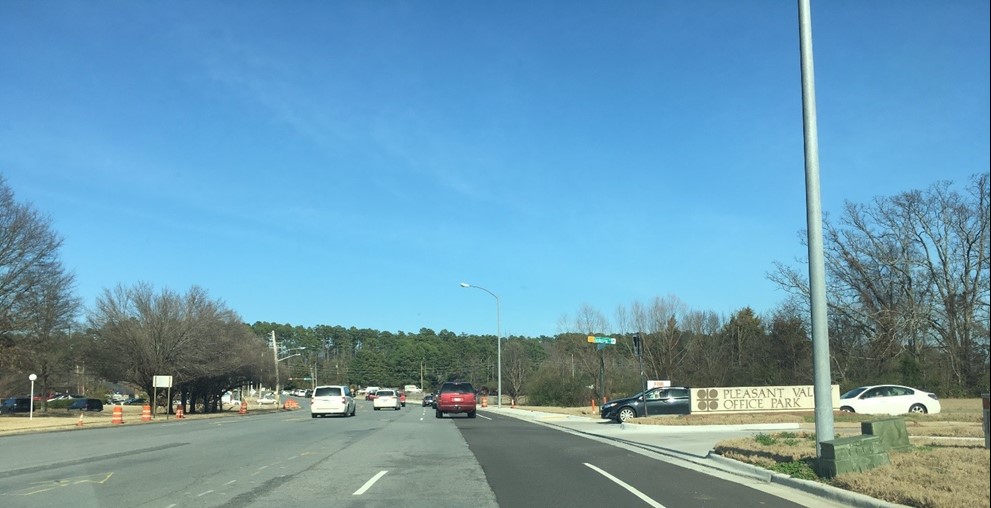 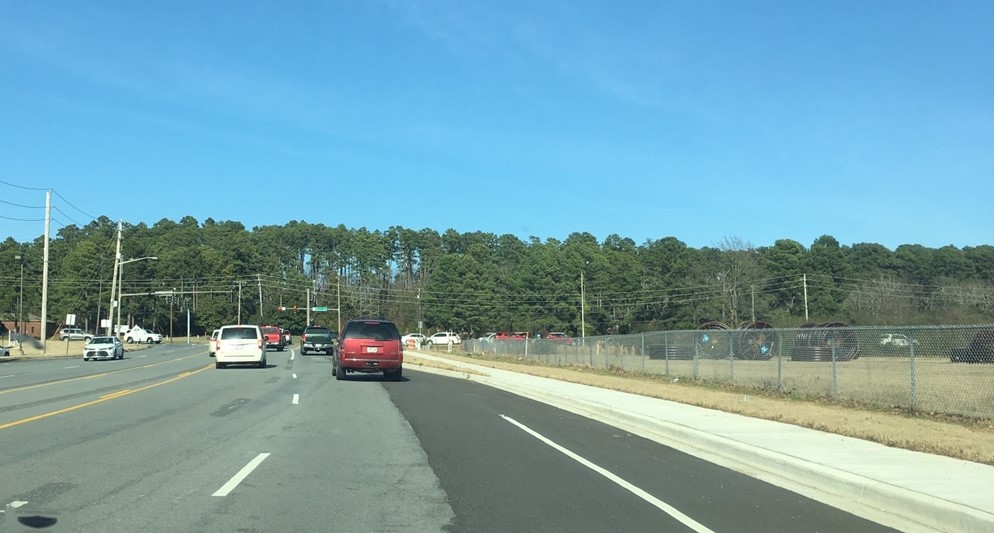 Figure 8.  N. Rodney Parham approaching Cantrell (traveling north).  The end of this bike lane will soon be dashed to indicate that bicycles will be merging from the bike lane into the vehicular travel lane in that dashed section.  Signage on the pavement of the bike lane will clarify this need to merge for bicyclists and a sign will warn drivers that bikes are merging (see also Picture 9). 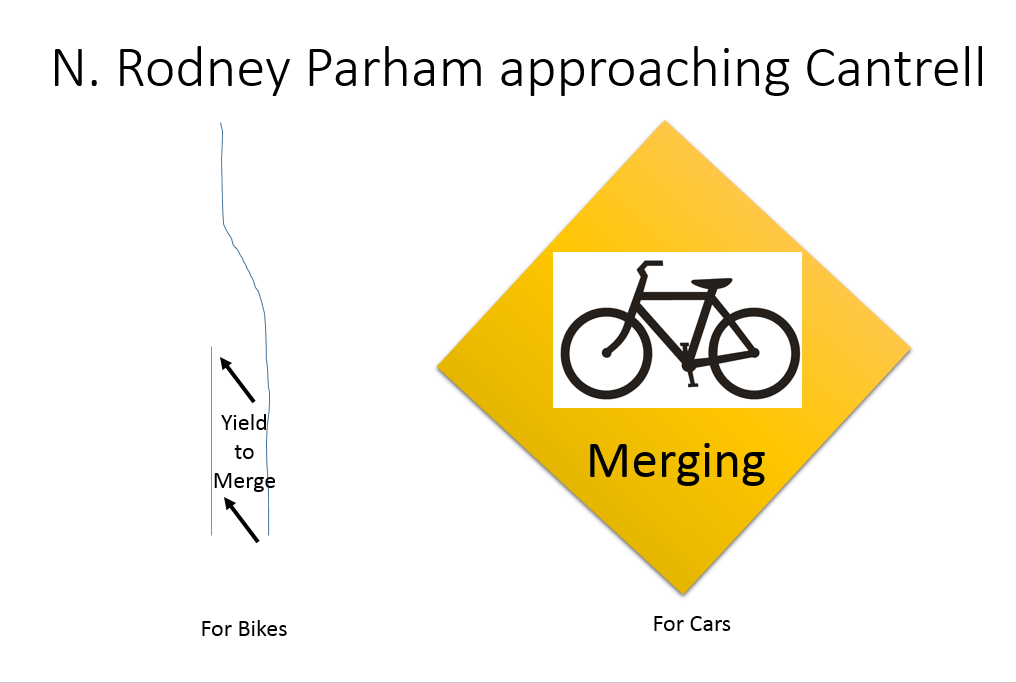 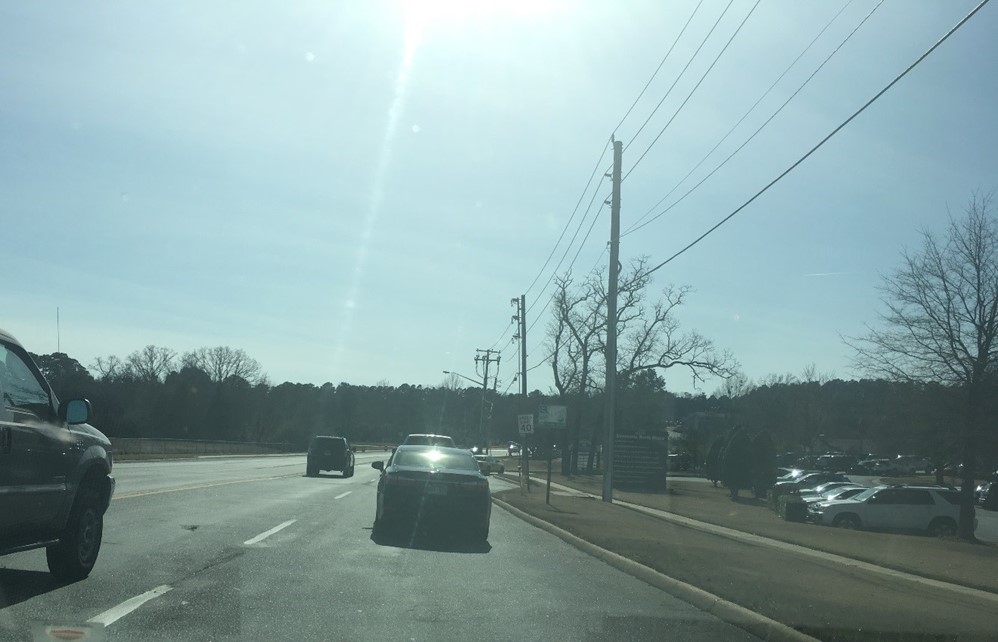 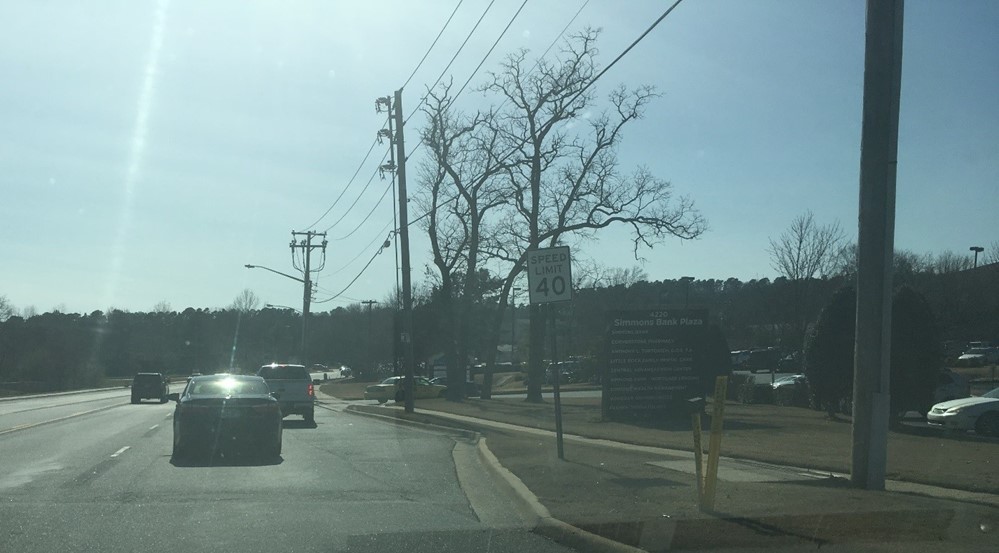 Figure 11.  N. Rodney Parham south of Cantrell (traveling south).  The road widens just north of Simmons Bank Plaza to accommodate a right turn lane into the plaza.  This right turn lane is not the start of a bike lane; bike traffic should remain in the right travel lane. 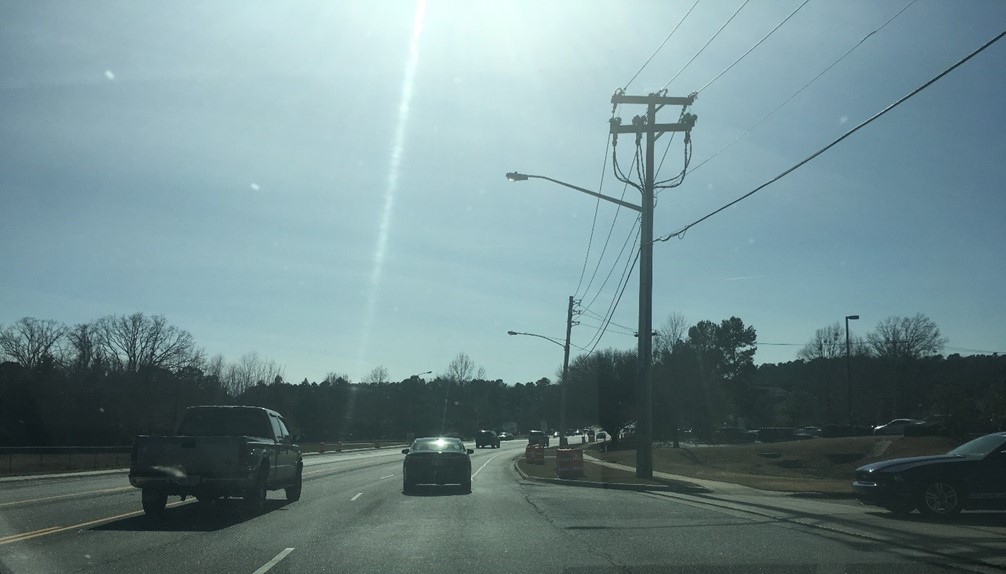 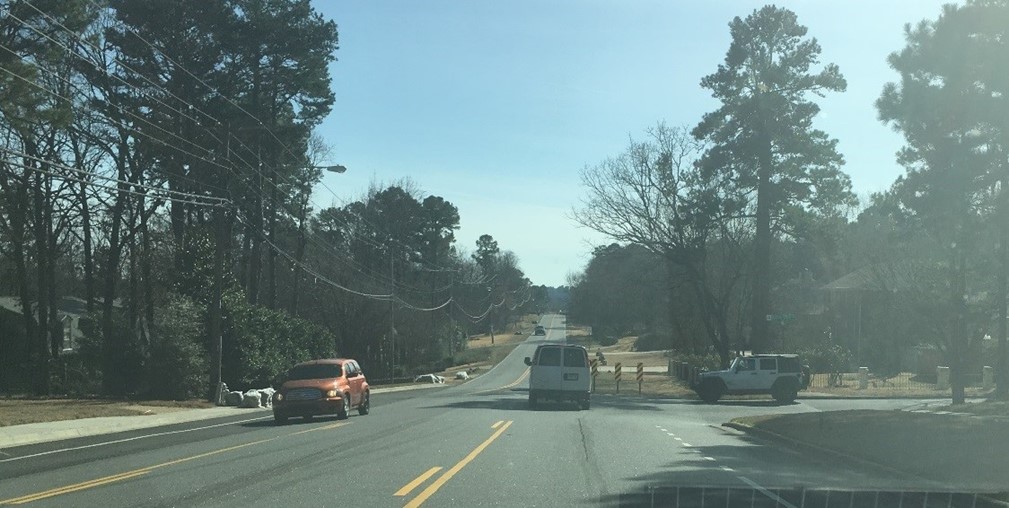