With the Jonesboro Children's Trail, the City will connect War Memorial Park and the Little Rock Zoo with the Hillary Rodham Clinton Children's Library and Learning Center (Children's Library) and the community south of I-630, creating a "Children's Zone" (Fig. 1).  On a larger spatial scale, the project will connect the bike network south of I-630 to the bike network north of I-630, including to the Arkansas River Trail and downtown, a project that will literally Unite Little Rock and address some of the scars left by I-630 (Fig. 2).

Figure 1.  The "Children's Zone" concept will include an all ages and abilities connection between (left to right) the War Memorial Splashpad, the Little Rock Zoo, the Children's Library, and new opportunities in the repurposed War Memorial Park (image from Polk Stanley Wilcox). 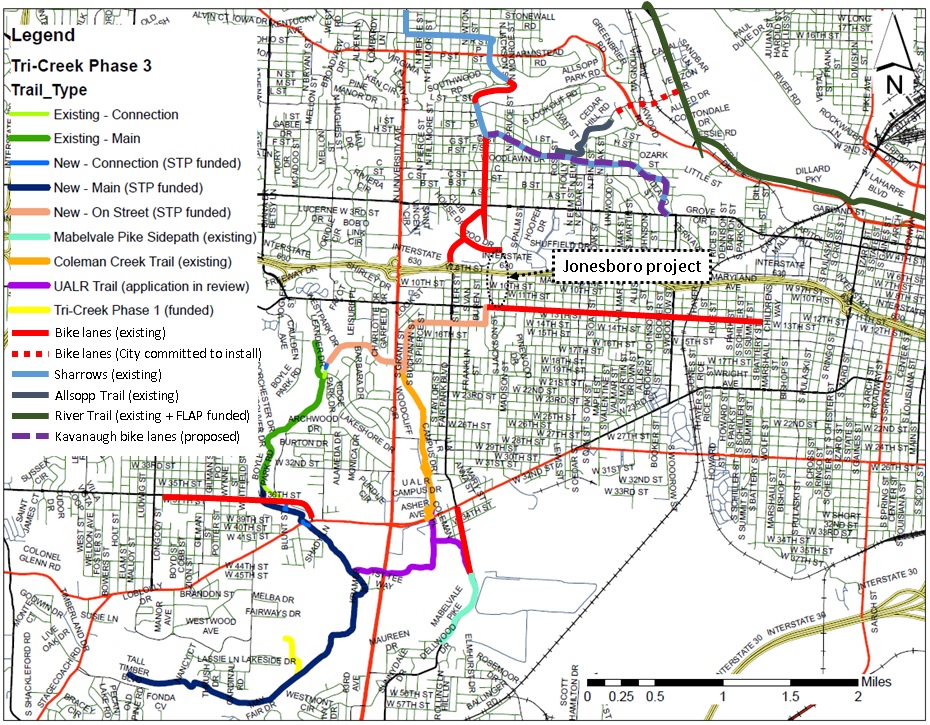 We will repurpose the western fork of Jonesboro Dr. from 12th St. to the split just south of I-630 for bikes and pedestrians only (Fig. 3). The corridor will continue a physically separated sidepath over the Jonesboro overpass and on the left side of Monroe St. to the bike lanes on Zoo Dr. (Fig. 3).  More details below.

Figure 3.  The Jonesboro Children's Trail will create an all ages and abilities sidepath from 12th St. to Zoo Dr.

Phase One (Funded 2021):  The Jonesboro Children's Trail from 12th Street to the overpass was generously funded through a Metroplan Surface Transportation Alternatives Program grant.  This project was funded, but not fully funded.  Not all of the placemaking features in Figure 5, e.g. the gateway and other placemaking features, but the corridor will be safe and functional.

West Fork: The west fork will look completely different.  Curb and gutter will replace the current entrance, physically barring vehicles from entry (Fig. 4).  An arch will create a gateway to the Children's Zone (Fig. 5). 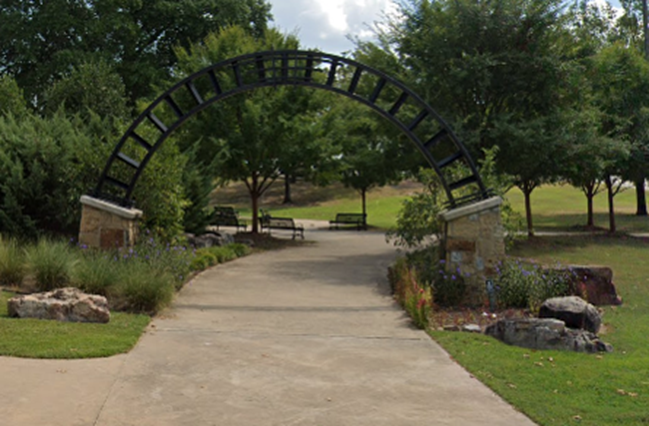 Figure 5.   This is a photo of the gate to War Memorial Stadium on the southeast corner of Markham and Fair Park.  This same design concept will be scaled up for the 12th St. entrance to the Jonesboro Children's Trail (not yet funded).

Phase One (Funded 2022):  The Jonesboro Children's Trail from 12th Street to the overpass was generously funded through a Metroplan Surface Transportation Alternatives Program grant.  This project was funded, but not fully funded.  Not all of the placemaking features in Figure 6, e.g. the planters, the different colored bricks, and other placemaking features, but the corridor will be safe and functional.  All features in Figure 7 will be included to make the corridor safe and functional.

The street will be repurposed for a bicycle and pedestrian path (Fig. 6).  We'll put in lighting to make the corridor safer and more comfortable.  Other placemaking elements may also be added.  A safe connection between the Jonesboro Children's Trail and the Children's Library will be a point of emphasis (Fig. 7). 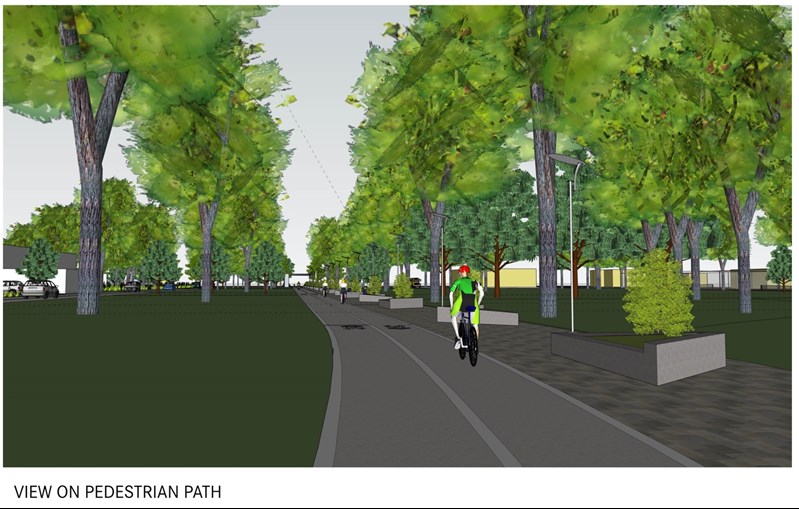 Figure 6.  Lighting and other elements between 12th Street and the overpass will help create a comfortable corridor (image from Polk Stanley Wilcox). 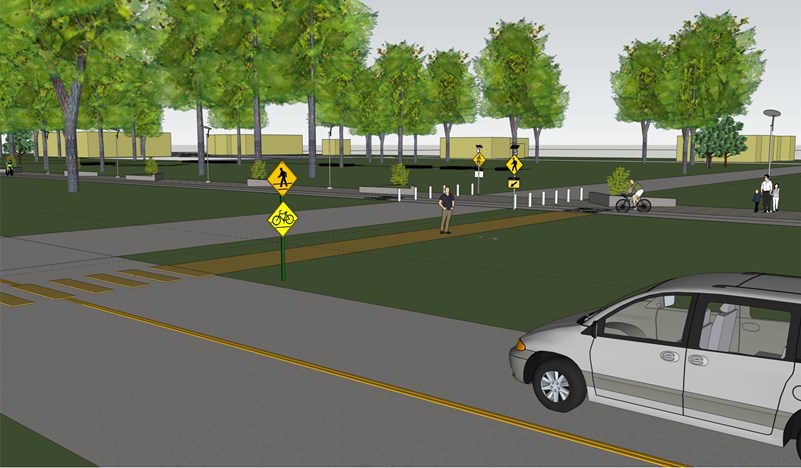 Figure 7.  Connecting the Jonesboro Children's Trail to the Children's Library is central to the project purpose (image from Polk Stanley Wilcox).

Phase One (Funded 2022):  The Jonesboro Children's Trail from 12th Street to the overpass was generously funded through a Metroplan Surface Transportation Alternatives Program grant.  This project was funded, but not fully funded.  Not all of the placemaking features in Figures 8-10 will be included, but the corridor will be safe and functional.

Placemaking elements on the overpass will serve trail users but will also advertise the City of Little Rock and the amenities in War Memorial Park (Figs. 8-10). 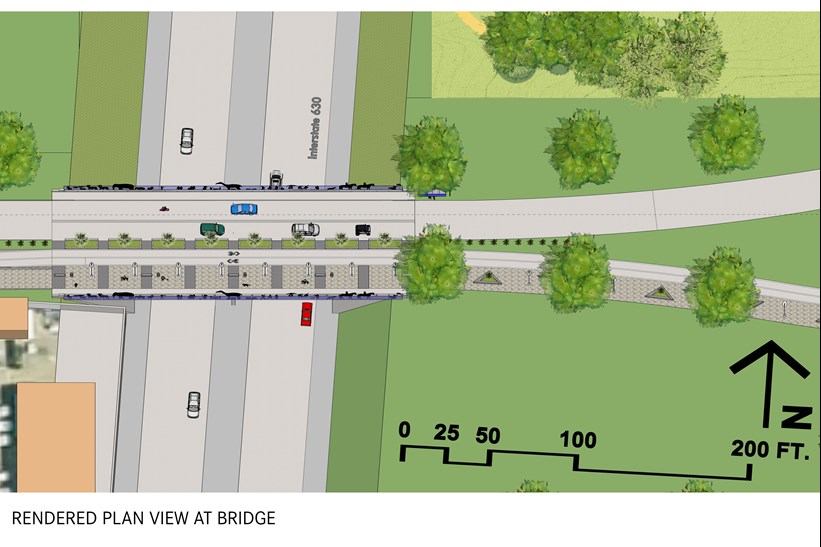 Figure 8.  Aerial concept of the Jonesboro Children's Trail along the I-630 overpass (image from Polk Stanley Wilcox). 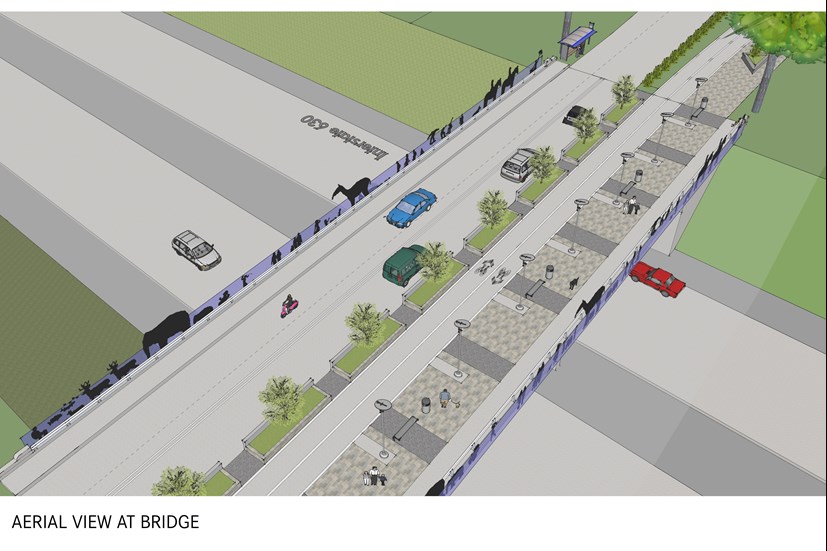 Figure 9.  3-D aerial concept of the Jonesboro Children's Trail along the I-630 overpass (image from Polk Stanley Wilcox). 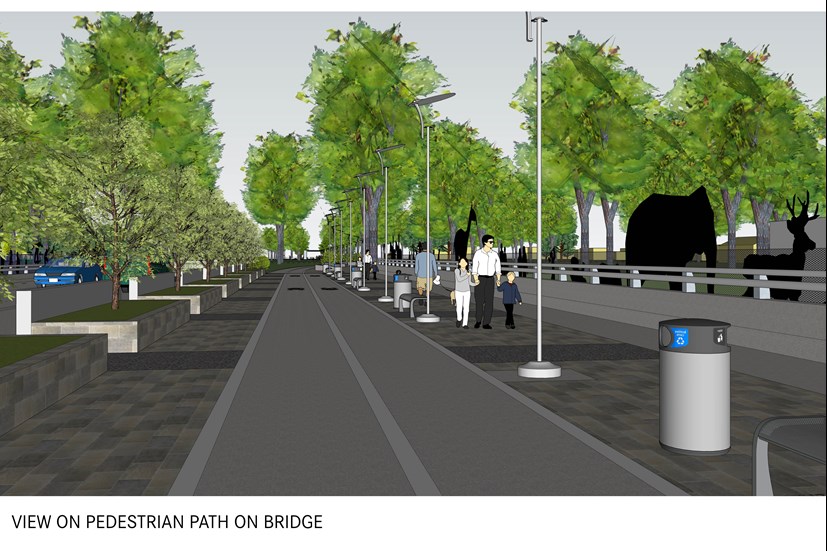 Figure 10.  3-D concept of the Jonesboro Children's Trail on the I-630 overpass (image from Polk Stanley Wilcox).

Phase Two (Funded 2022):  The Jonesboro Children's Trail from the overpass to Zoo Drive was fully funded through a Metroplan Transportation Alternatives Program grant.

Placemaking elements on the overpass will serve trail users but will also advertise the City of Little Rock and the amenities in War Memorial Park (Figs. 11-13). 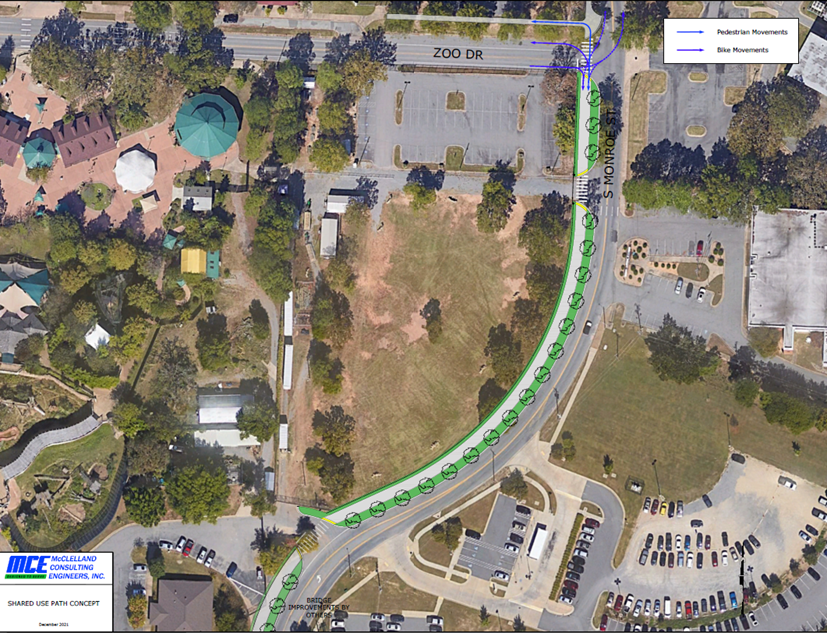 Figure 11. An aerial view of the proposed sidepath along Monroe St. from the I-630 overpass to Zoo Dr. (image from McClelland Engineering).

Figure 12. An aerial view of the proposed intersection treatment for the zoo staff entrance. 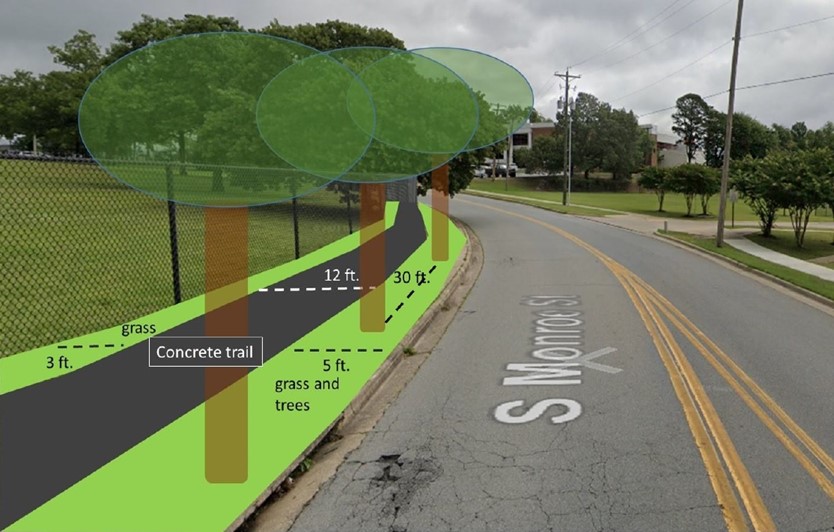 Figure 13. A cross-section of the proposed sidepath along Monroe St. between the I-630 overpass and Zoo Dr.

Phase Three (application submitted June 1, 2022):  The City of Little Rock applied for Jonesboro Children's Trail Phase Three funding from the overpass to Zoo Drive through the Arkansas Department of Transportation's Transportation Alternatives Program.  We do not yet know if this application was funded.

As appealing a facility as Phases 1 and 2 will create, it will have limited utility without improvements to crossing 12th Street.  A main purpose of the Jonesboro Children's Trail is to connect underserved residents south of 12th Street to the CALS Children's Library and other War Memorial Park amenities.  Another core goal is creating a safe connection between the on-street bike facilities of the Tri-Creek Greenway, ending at Jackson and 12th Street, both to the 12th Street bike lanes going east and to the Jonesboro Children's Trail going north (Fig. 2).  As it exists, few people would choose to cross 12th Street by walking or biking in this area and few would choose to walk two blocks east to the existing HAWK signal (Fig. 14). 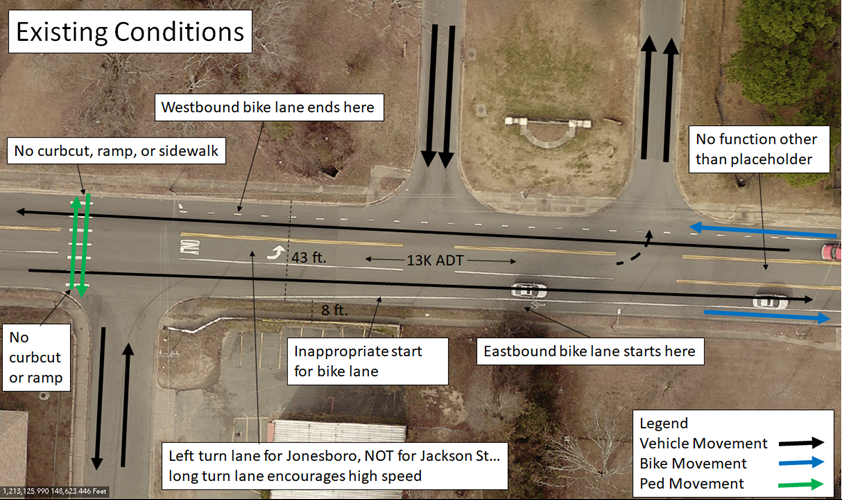 ARDOT TAP funding would allow us to move an underutilized HAWK signal just west of 12th and Madison Streets to this crossing (Fig. 15).  We would incorporate several traffic calming measures to slow traffic and increase signal compliance including stamped concrete, crosswalk overhead lighting, advance stop bars, and a lateral shift in travel lanes (Fig. 16).  We would change 12th Street geometry slightly north to facilitate a sidepath immediately south of 12th St. between Jackson St. and the crosswalk and allow space for a pedestrian refuge island (Fig. 16-17).  A raised crosswalk across Jonesboro a car length from 12th St. will calm traffic and allow a car to cross the BikePed facility before waiting for a break in traffic at 12th Street (Figs. 17-18). 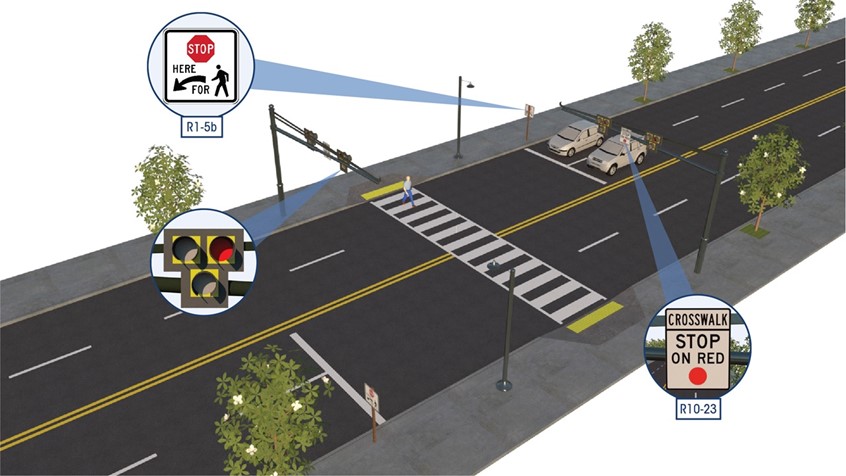 Figure 15.  In order to create the safest crossing possible, the City is going to move an underused HAWK crossing just west of the 12th Street and Madison Street to use for this crossing between Jonesboro and Jackson Streets. 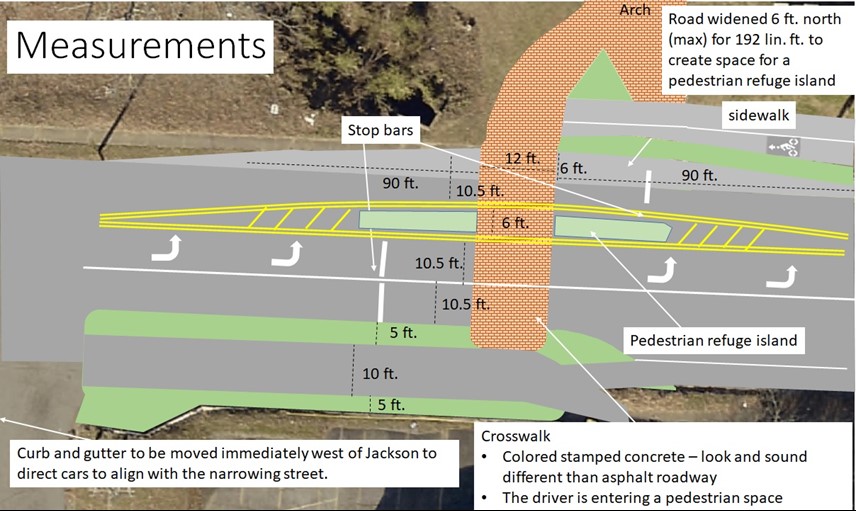 Figure 16.  This is an aerial concept drawing of the 12th Street crosswalk.  Note the sidepath on the south side, the space for which will be created by moving curb and gutter into the existing 43 ft. wide street corridor. 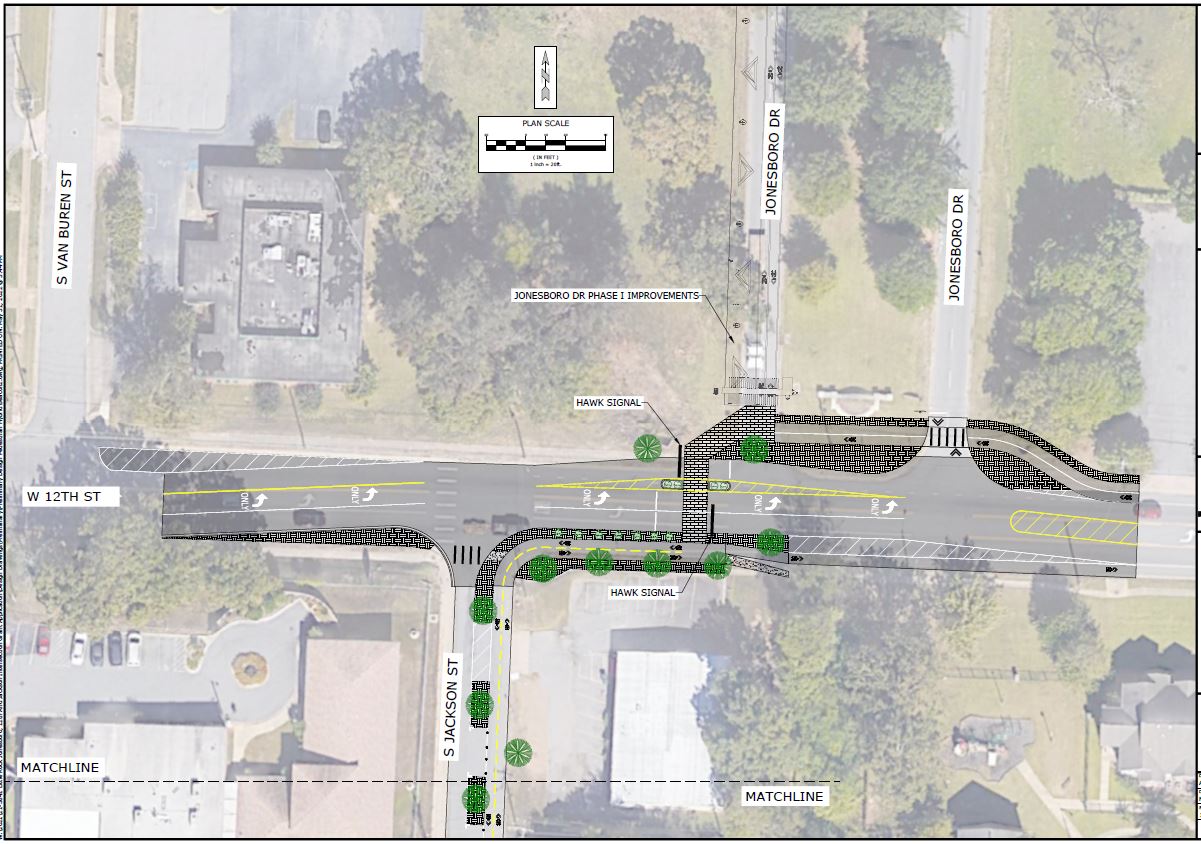 Figure 17. This concept map, created by McClelland Engineering, shows how BikePed facilities would cross Jonesboro St., 12th St., run along the south side of 12th St. (sidepath), and run down a protected shared use facility along Jackson St. 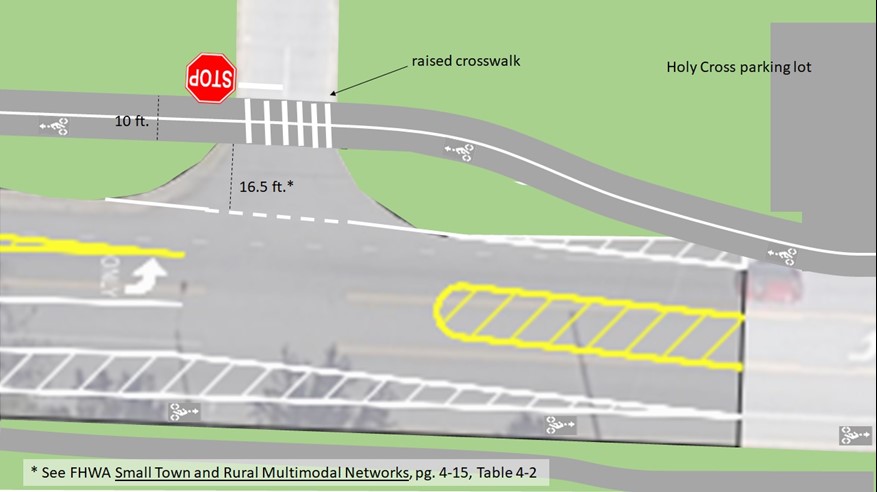 Figure 18. This concept map shows how the 12th Street sidewalks and the westbound bike lane would function at Jonesboro.

Canopy trees will be planted just north of 12th Street, along the 12th Street sidepath, and along Jackson St. between 12th and 14th Street in spacing that will eventually create a closed canopy. Arboring will reduce heat island effects, create shade that will make the facility more comfortable, and pull the park aesthetic across 12th St. to bridge the divide it creates between park amenities and an underserved community. Bushes will be used in landscaping where sightlines between cars and bikes are important. Landscaping would also alert 12th Street drivers that this is a shared space with people on bikes and walking(Figs. 17-18). 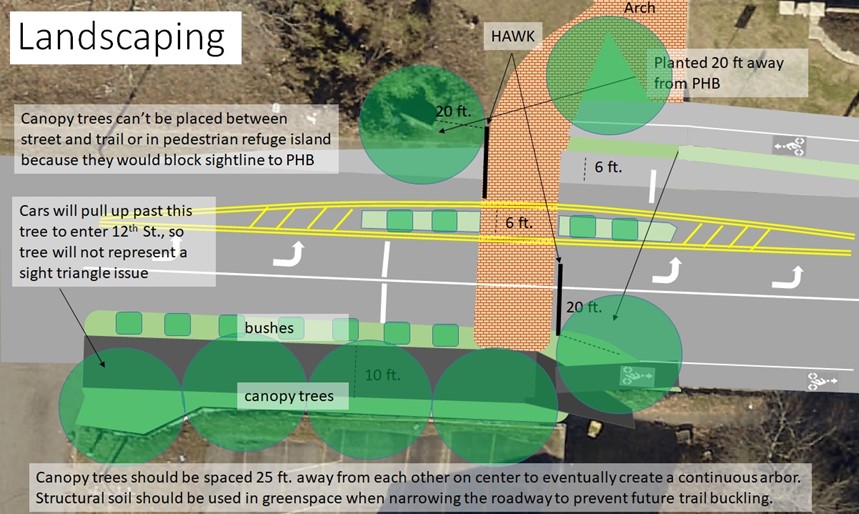 Figure 17.  Canopy trees and other landscaping will be important for traffic calming and trail user comfort. 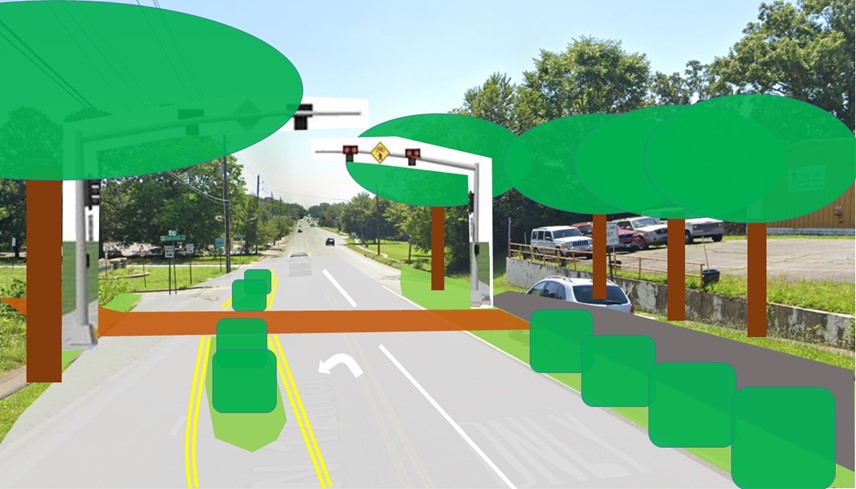 Figure 18.  12th Street crossing with landscaping in a street view.  Note how the trees in back of the HAWK signals serve to frame the signals by reducing visual clutter behind them.

Jackson St. will be one-way north between 12th and 14th Street to allow the left turn lane onto Jonesboro to continue west past Jackson St. to facilitate morning rush hour traffic stacking. This will also create space for a 10 ft. wide sidepath on the east side of Jackson St. between 12th St. and 14th St. (Fig. 19). Physical separation between the sidepath and the travel lane will be created by greenspaces and parking stops. Eight parallel parking spots will be retained on Jackson St. between 12th St.and 14th St., far exceeding current parking demand. Southbound sidepath users must stop and yield to conflicting traffic at Jackson and 14th. 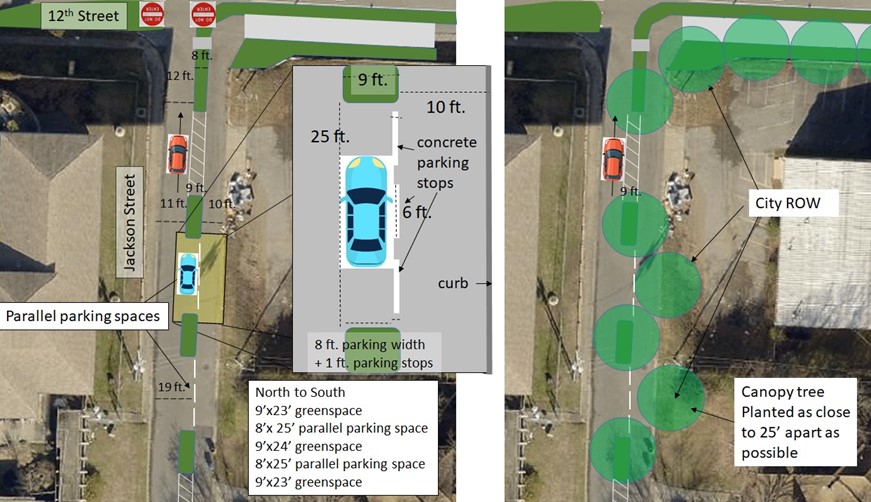 This project was the result of grassroots efforts. The Children’s Library was concerned about safe and equitable access; Jonesboro has no sidewalks and speeding traffic and 12th St. is a high traffic volume/speed street (Fig. 20). CALS partnered with CLR Parks and secured a Safe Routes to Parks grant. They created a coalition, collected community input, created a Pop Up demonstration of BikePed facilities on Jonesboro, and hired Polk Stanley Wilcox/McClelland Engineering to lay groundwork for this application (summary report).

The CALS 2020 annual report summarized the project in this way:

"With support from a Safe Routes to Parks Activating Communities grant and technical assistance from the Safe Routes Partnership, the Central Arkansas Library System (CALS) and Little Rock Parks and Recreation partnered to overcome racial and physical division to reconnect the Children’s Library neighborhood, a primarily Black neighborhood, with War Memorial Park."

Figure 20.  For those who are familiar with how fast traffic currently moves on Jonesboro, these pictures are scary.  Photos by Katie Helms, Saturday September 17, 2022 (2022 BikePed Count).