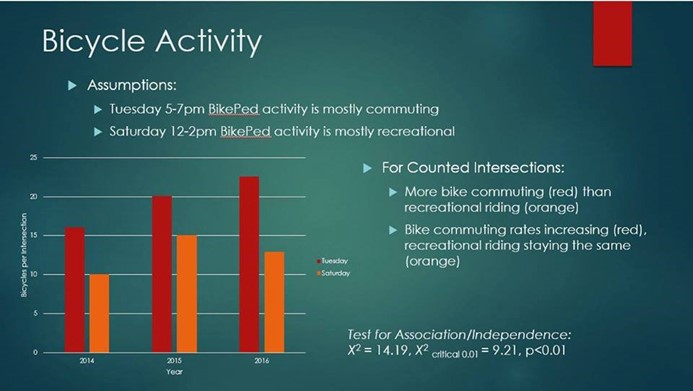 For the past three years, Little Rock has participated in the National Bike and Pedestrian Documentation Project.  The project helps us understand how our transportation system is currently being used by people on foot and on bike to help us improve our city streets for bicyclists and pedestrians.

The last count was in September 2016; I am still compiling those data.  The counts were done on a Tuesday from 5-7pm (which presumably captures commuters) and on a Saturday from 12-2pm (which primarily captures recreational BikePed activity).  Preliminary analysis of the last three years shows some surprising results:

I will do a more comprehensive analysis soon after all of the data are compiled.