Creating a space on the street only available to bicycles (i.e. a bike lane) makes it more bike-friendly.  It increases safety for all street users and encourages ridership.  But what about when a vehicle needs to make a right turn?  A right-turning vehicle will have to cross the trajectory of a bike lane in order to make a turn.  How can the driver and bicyclist cooperate to avoid a collision (Fig. 1)? 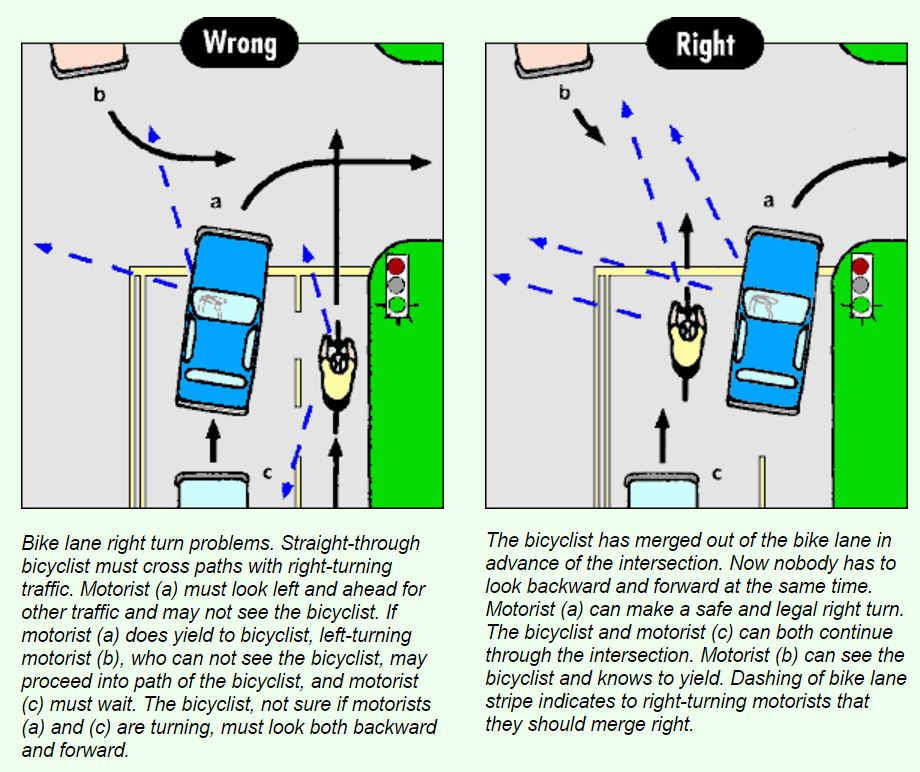 Figure 1.  A illustration of how to avoid a collision at a signalized intersection with no right turn lane from www.bikexpert.com.

If going straight or turning left, the bicyclist should do something non-intuitive: get out of the bike lane (Fig. 1).

A driver preparing to make a right turn is looking left and straight ahead to determine when it is safe to turn (Fig. 1, "Wrong").  It is very likely that she will not see a bicyclist in a bike lane to her right.  If a bicyclist intending to go straight remains in the bike lane, when the light turns green, the bicyclist feels empowered to go straight and (after checking left and straight) a motorist feels empowered to turn right (Fig. 1, "Wrong").  The result is a collision.

When a right-turning driver takes the bike lane and a straight-riding bicyclist takes the vehicular lane, these position and line of sight conflicts resolve and everyone is safer (Fig. 1, "Right").  Bike lanes are often dashed approaching an intersection to alert motorists and bicyclists that either or both may be changing lanes depending on their intentions at the intersection (Figs. 2 & 3). 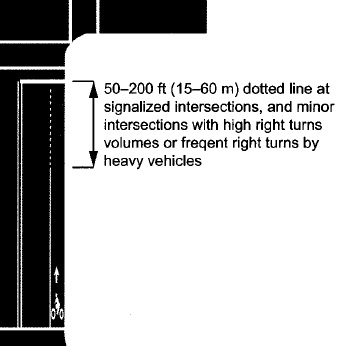 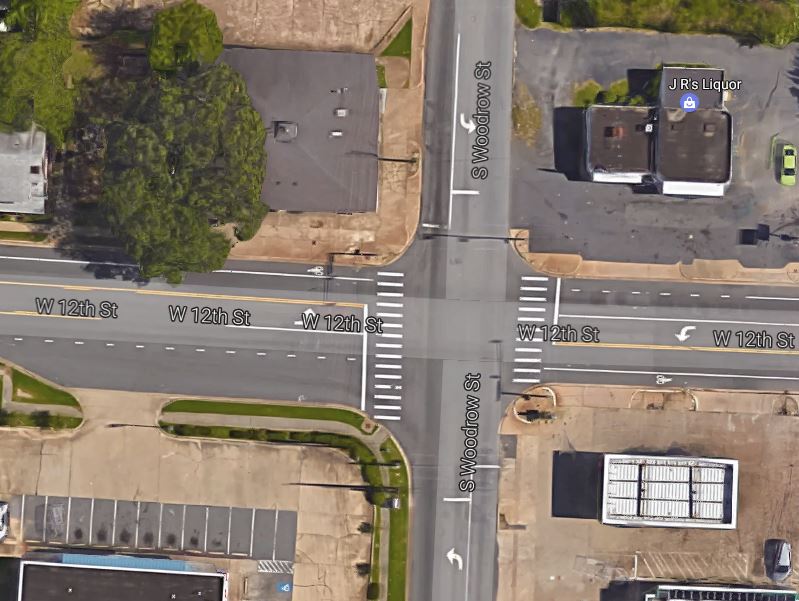 Figure 3.  Dashed bike lane as per Picture 2 on 12th and Woodrow.

New Right Turn Lane - Cars Yield to Bikes
When a right turn lane is created at an intersection, the bike lane is typically dashed to go to the left of the right turn lane (Figs. 4 & 5).  The dashes warn drivers and bicyclists that right-turning vehicles must cross the bike lane.  In this case, the driver is crossing into a different lane (a new lane created for the intersection) and she is responsible for yielding to bicyclists before crossing into the bike lane.

Figure 4.  When crossing a bike lane into a right turn lane, the driver is responsible for yielding to bicyclists (AASHTO Bike Lanes 2012, Fig. 4-20).

Figure 5.  Double-dashed bike lane indicating necessity to yield to bicyclists, as per Fig. 4.

Figure 6.  When a travel lane becomes a right turn lane at an intersection, the bicyclist needs to yield to vehicles and cross the vehicular lane to stay in the bike lane (AASHTO Bike Lanes 2012, Fig. 4-21).

Figure 7.  Bicyclists must yield to vehicles to remain in the bike lane at N. Rodney Parham and Pleasant Forest Dr. as per Fig. 6.

All Road Users May Not Know This

If you've learned anything new from this page, understand that it is very likely that not all drivers will know their responsibilities regarding bike lanes.  It is important to ride assertively but defensively, especially at intersections.