Every aspect of a project will not please every resident, but the City has worked very hard to be as responsive as possible to public comment and the Hillcrest Residents Association to make this facility best fit the Hillcrest neighborhood. The City has worked with the public comments on the project and modified the proposed design where possible to reflect them.  See also "Public Engagement" below.

A major concern has been the loss of parking capacity along Hillcrest (e.g. Question #1).  A detailed parking analysis shows that the parking capacity with bike lanes will not exceed current and projected demand, however the City has agreed to open its lot behind Pulaski Heights Baptist Church for residential parking.

"Could we please put signs up that say “Public Parking” on Kavanaugh that direct people to park in the lot behind Pulaski Heights Baptist Church? This would help supplement any parking taken away by the bike lanes. Also, Hillcrest just needs this." Antoinette J.

The Hillcrest Residents Association has expressed concern about the aesthetics of the project.  We have been and continue to work with the HRA to make the project appeal to their aesthetic taste as much as possible.

After the City presented the HRA with all available options, the HRA is most interested in two designs (raised median and sidepath) that would go on the north side.  If one of these is the preferred facility, the City could modify the immediate design to be a two-way cycletrack (Fig. 1 After) to get the vehicular centerline installed in the proper space and collect data to submit with a grant application for one of these two options (e.g. Fig. 1 Potential). 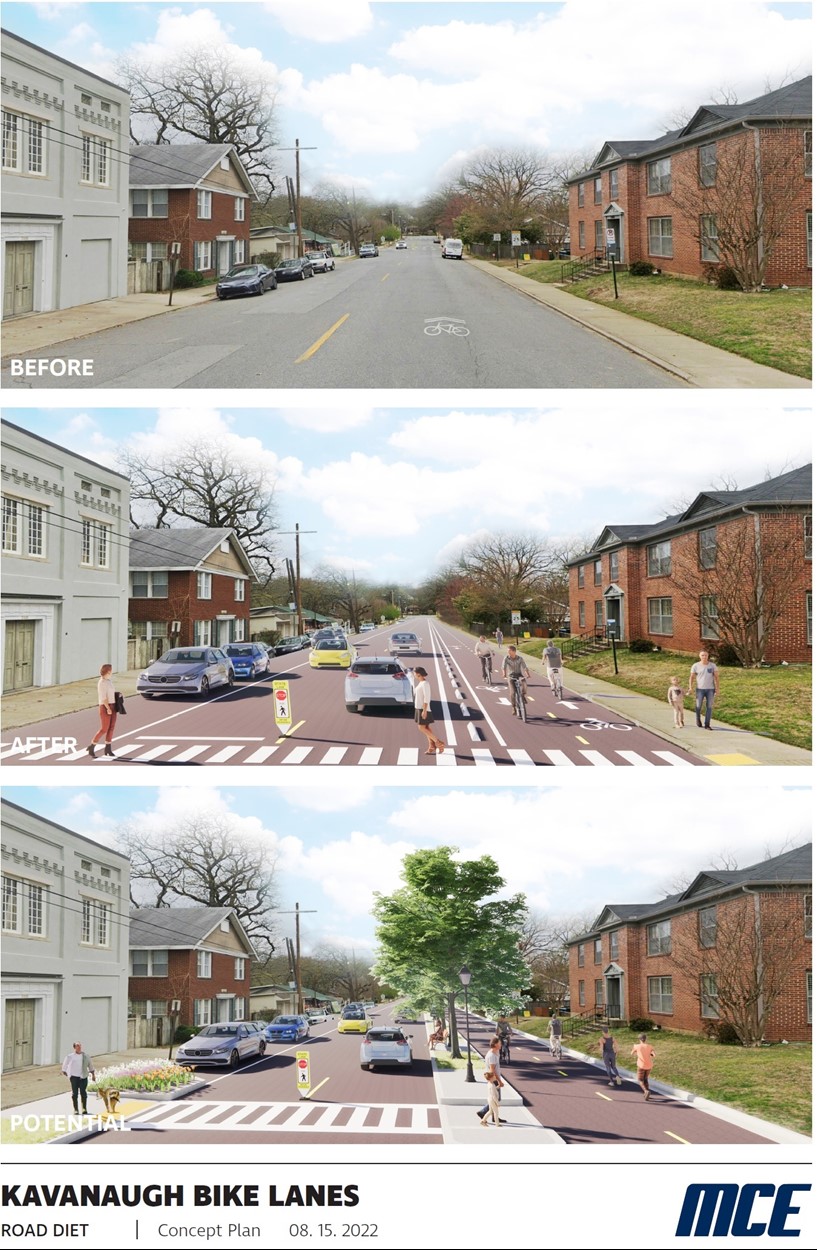 Figure 1.  Installing a two-way cycletrack on Kavanaugh's north side ("After") would be the most effective Phase 1 to get grant funding for a sidepath ("Potential").

The Hillcrest Residents Association has suggested a pop-up to help the HRA and residents visualize the project.  While pop-ups generally do a poor job at helping visualize the aesthetics of a project (they are typically cobbled together with found materials), at the HRA's urging, the City installed a pop-up to show how the space would function with the proposed bike lanes (Fig. 2). 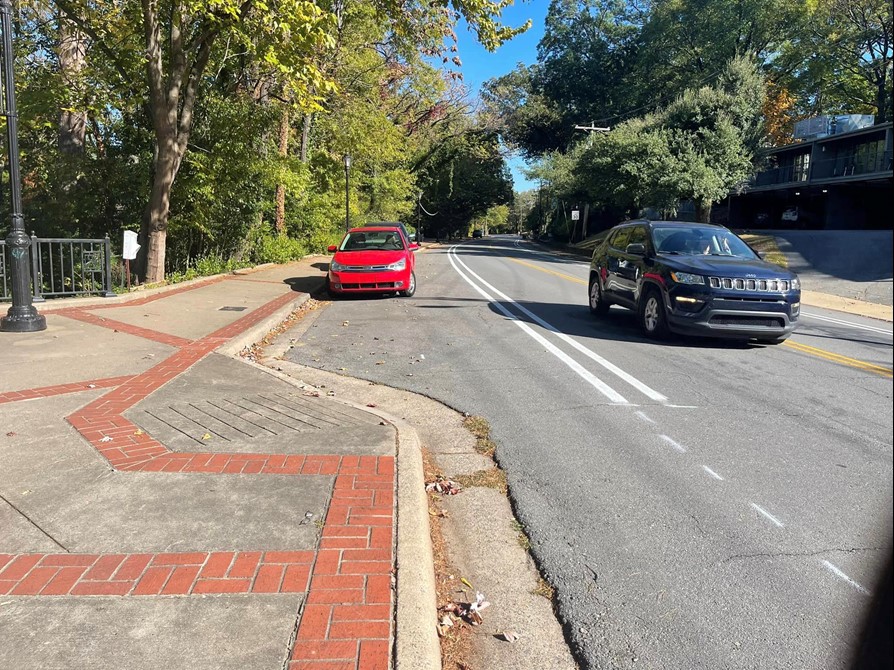 Parking Shifted to the South

As a result of public comment, we now propose parking be retained on the south side of Kavanaugh wherever there will be bike lanes except in front of Allsopp Park, where parking will be on the north side (Question #17).

Sharrows Extended to Include Hillcrest Square

Sharrows will also continue in front of Hillcrest Square as a result of public comment (Question #12).

We worked directly with the church and farmer's market to better understand their operational needs and consider modifications to the project to meet those needs.  While they did express some parking concerns, their primary concern was access for their mobility-challenged patrons/parishioners.  As a result, we propose transitioning between north and south parking between Pine and Cedar so that parking will be immediately in front of the church (Fig. 3 and Question #13). 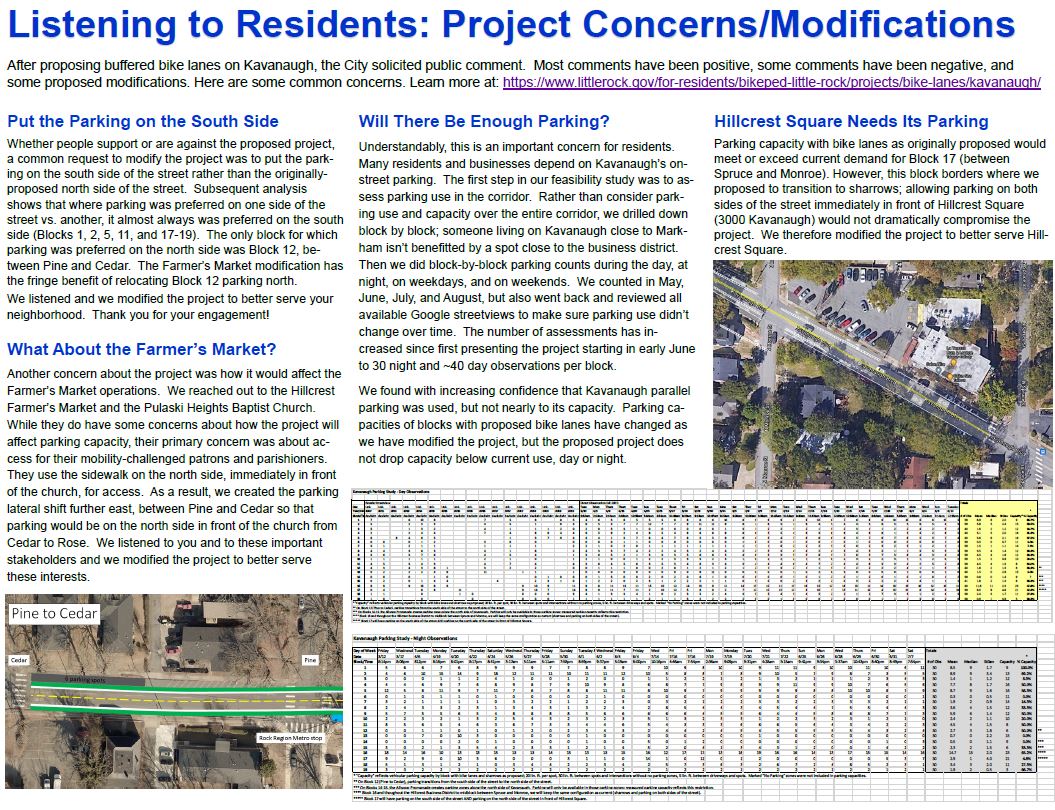