This page was developed to answer questions on the League of American Bicyclist's Bike Friendly Community 2020 application, including:

"G2. Briefly describe the most positive outcome of your community’s support for bicycling."

"G3. Describe any improvements that have occurred for cycling in your community since your last application." (though the bulk of the answer to this question is on Steps to Silver).

When that application cycle is complete, this page will be modified but remain active to be a resource for residents.  There are many sources of information for the Arkansas River Trail; the scope of this page will be trail infrastructure and bicycle and pedestrian accessibility to the trail within the City of Little Rock.

The Arkansas River Trail (ART) is the region’s premiere outdoor recreational trail and arguably our community's most significant bicycle-friendly outcome to date (Fig. 1). The 15.6 mile loop on both sides of the Arkansas River is anchored by the Big Dam Bridge and the Clinton Bridge.  The Big Dam Bridge, completed in 2006, is the nation's longest bridge built for bicyclists and pedestrians (Fig. 2).  The Clinton Presidential Park Bridge is a railway bridge built in 1899 recommissioned for bicyclists and pedestrians in 2011.  The Two Rivers Bridge, completed in 2011, is the gateway to the 88-mile, on-street ART Grand Loop. 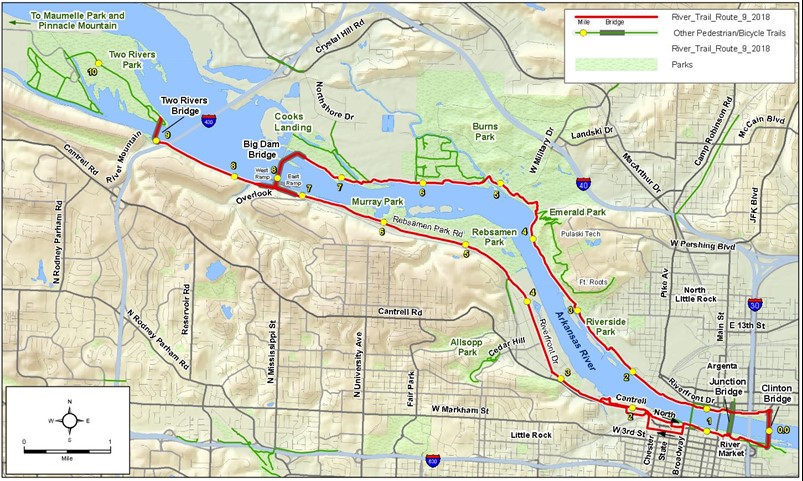 Figure 1.  Map of the Arkansas River Trail from arkansasrivertrail.org. 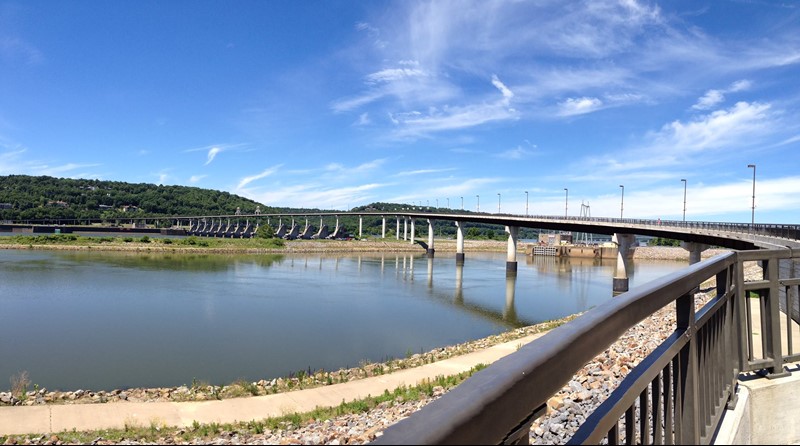 Figure 2.  Photo of the Big Dam Bridge from the Foundation's Facebook page. 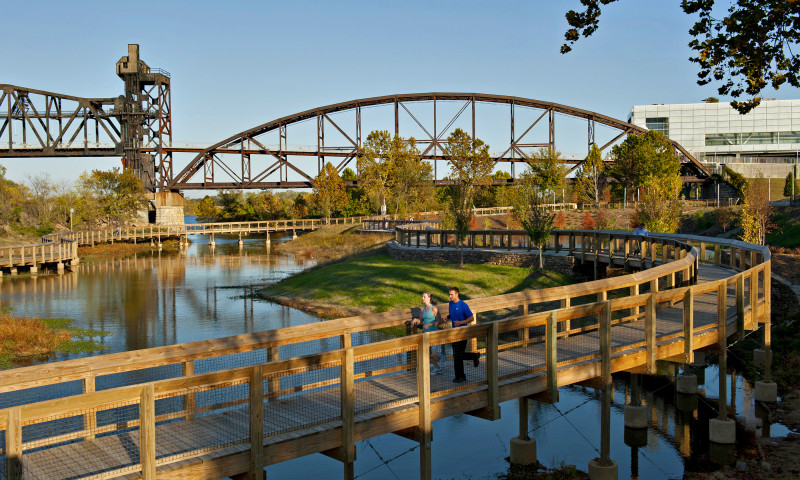 A primarily recreational trail is not the pinnacle achievement of a bike friendly community.  However, the ART has been inspired 17 annual bicycle events within the City, perhaps most notably the Big Dam Bridge 100 and Tour de Rock.  It has increased the number of cycling clubs, cyclists within those groups, and organized weekly rides.  It has increased the market for local bike shops.  The recreational bicycling culture catalyzed by the ART is also increasing bicycle commuting, opening the door to greater health, quality of life, and transportation equity.

As impactful as the ART Loop has been to a bike-friendly Little Rock, work with the borders of the City of Little Rock remained in 2016 and still remains to make it safe and welcoming for all ages and abilities.  Sections of the trail inadequately separated from vehicular traffic decrease use in those sections and limits the trail's use as a loop (Fig. 4).  The City has improved several sections of the ART Loop since 2016 but work remains. 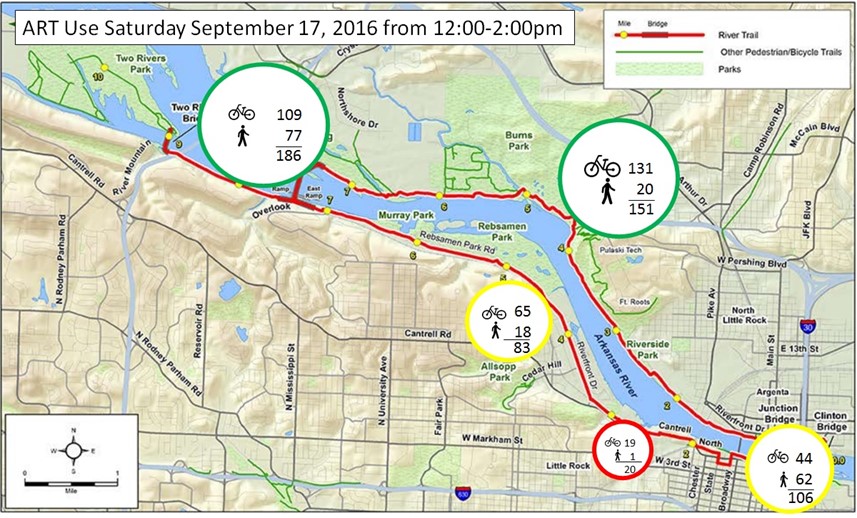 Increased Accessibility to the Arkansas River Trail Since 2016

Close ART at Medical Mile Ramp:  As of February 2020, there is no connection from the western terminus of the Medical Mile to the new UP Bridge, rendering half of the Medical Mile useless.  The City has secured $1.6M in Federal Lands Access Program (FLAP) funding to shore up the erosion at this location and build a ramp to create this ART connection.

Allsopp Park Trail: In 2020, the City will construct a trail in Allsopp Park from Hillcrest an existing trail to better connect Hillcrest to the Arkansas River Trail.

While the City has addressed several ART issues since 2016, significant challenges remain.

Close ART at Riverfront Drive:  The City improved the section of ART from the Titus Trail to Cedar Hill Dr., but the rest of it must be improved to meet the standards of a separated, shared-use facility appropriate for all ages and abilities.

Close ART at North Cantrell:  There is no trail facility from the eastern terminus of the Titus Trail to the West Terminus.  The City is working with ArDOT in the context of their replacement of the Cantrell Bridge to create some of this section of ART.  The City must improve the ART to meet the separated, shared-use facility appropriate for all ages and abilities.

Close ART at Cantrell:  There is no trail facility from the West Terminus to the new bridge.  This is arguably most dangerous and broken section of the ART.

Close ART at Rivermarket: While the ART from the Clinton Presidential Bridge to the start of the Medical Mile is mostly separated from vehicular traffic, the trail loses identity and therefore ridership in this section (especially behind Rivermarket).  The City must improve the ART to be an easily identified shared-use facility appropriate for all ages and abilities.

We also have more opportunities to create connections to the ART.  These can be in the form of expanding the trail network with the Southwest, Rose Creek, and Southeast Trails and creating more and lower-stress on-street ART connectivity.