Little Rock's Education score was high relative to other categories and we have made significant improvements in Education since.  Explore below to learn more. 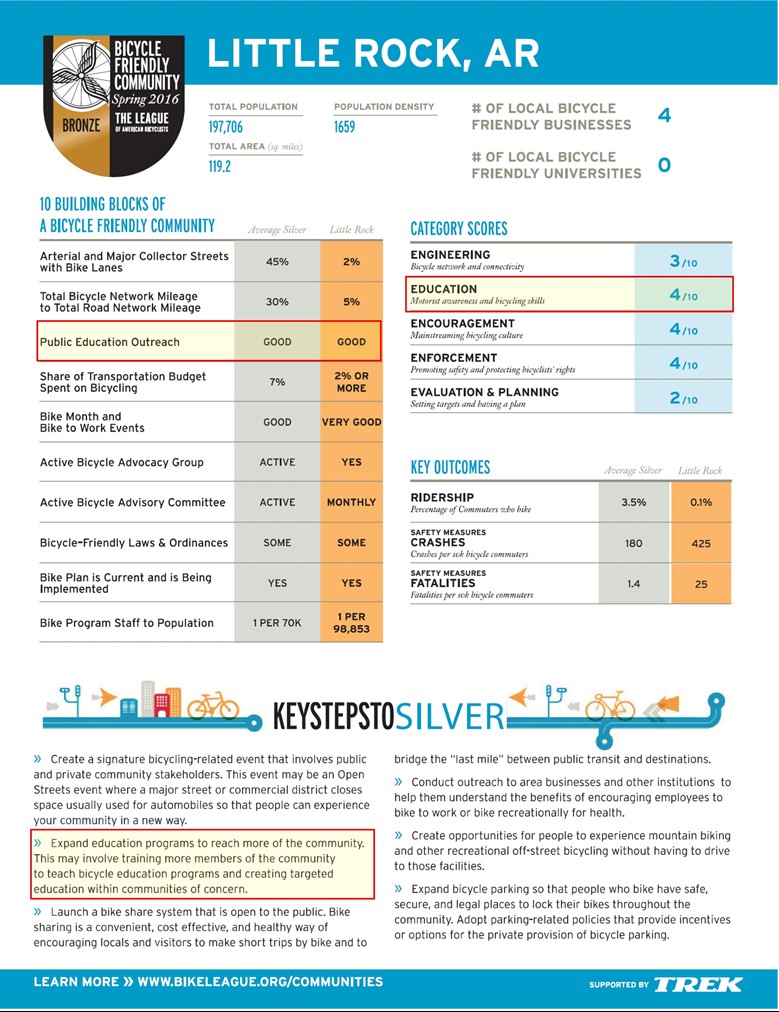 Free Bikes for Education:  BACA continues to partner with Recycle Bikes for Kids to ensure all students have bicycles on which to learn and couple bike giveaways with education. 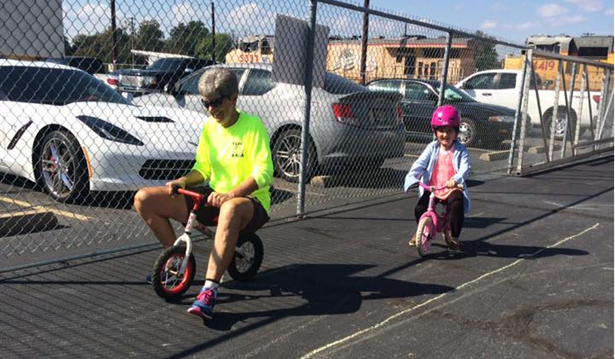 Bicycle Workshop:  Several of our shops regularly offer bicycle maintenance classes for beginners (e.g. Spokes and Arkansas Cycling and Fitness).  Some classes have been women-only.

Website Development:  In 2016, our website, bikelr.com, contained some important resources, but our relaunched littlerock.gov/BikePed offers many more resources for residents, City staff, elected officials, and bicycle advocates.  While not always organized around the five E's, the website has publicly available resources that address each of the five Es.

Social Media:  Since 2016, CLR's BikePed Coordinator has been regularly posting bicycle-related updates, soft advocacy, and information to Facebook to engage residents, City staff, and elected officials and attempt to shift our car-centric culture.  This regular engagement has helped more than double the page's following, from ~850 followers in 2016 to 1,879 currently.

After School Program: In Spring 2017, BikePed Little Rock, in partnership with BACA, Recycle Bikes for Kids, LRSD, and Washington Elementary, created and launched an after school bicycle education program (Fig. 3). 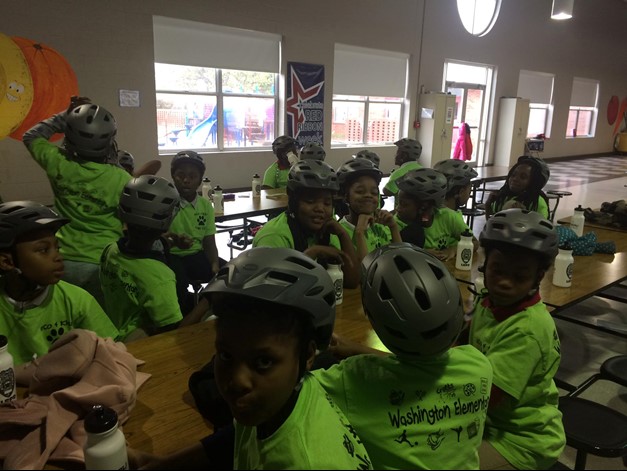 SMART Cycling Program:  Since it was formed in 1998, education has been a core part of BACA's mission.  It has offered SMART Cycling (or BikeEd) since 1998, but in 2017, BACA committed to offering at least two SMART Cycling courses per year.

Figure 4. Coaching and education is central in the NICA Arkansas League's mission.

Educating the Candidates:  In August 2018, BACA, City staff, and outside professionals led mayoral candidates and their staff through a walk audit of the Arkansas River Trail along Cantrell Road.

Friendly Driver: While this overlaps with Enforcement, this course, launched in 2018 through funding from AARP's Community Challenge Grant, is targeted at people who primarily drive on Little Rock streets, to help them better understand their legal rights and responsibilities around bicyclists and pedestrians.  One of the first programs of its kind, based on the Bike Friendly Driver Program developed in Fort Collins, the highly effective Little Rock Friendly Driver Program has gotten considerable attention through posters at conferences of the Arkansas Public Health Association (2019) and the Association of Pedestrian and Bicycle Professionals (ABPB, 2019), a panel at APBP (2019), an America Walks State Walking Networks teleconference (2019), and an upcoming panel at LAB's National Bike Summit (2020).  Through this exposure, we are helping several cities across the country launch similar programs based on Little Rock's Friendly Driver Program and we are talking with the Arkansas DOT about launching the program statewide.

CALS Bicycle Workshops:  In January 2020, the Central Arkansas Library System started its monthly bicycle workshop series.  This venue likely expands the reach of bicycle repair beyond the population who would choose to go to a bicycle shop, directly addressing a Key Step to Silver.