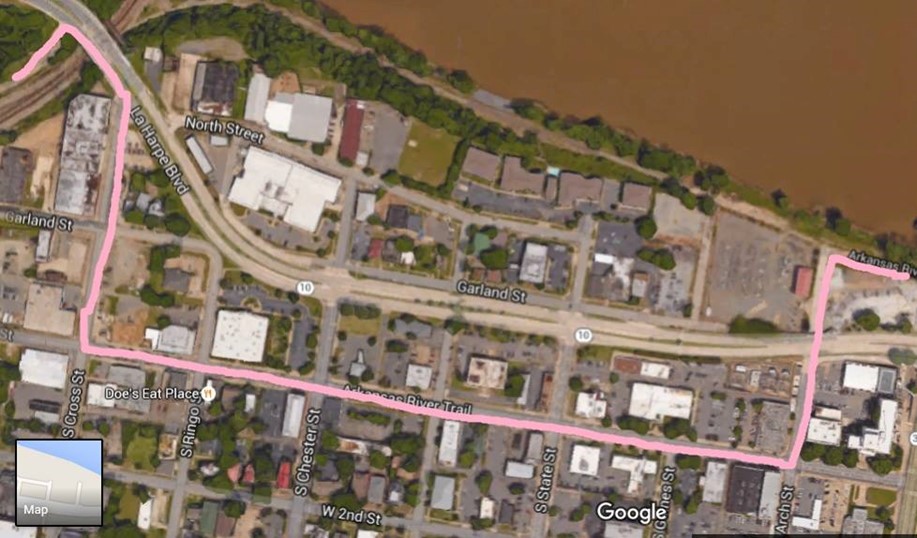 Current Conditions/Current Route
Traveling from downtown Little Rock west toward the Big Dam Bridge, the Medical Mile is cut off by a fence at Arch St. (Fig. 2).  This is because there is currently no connectivity at the western end of the Medical Mile (Fig. 3). 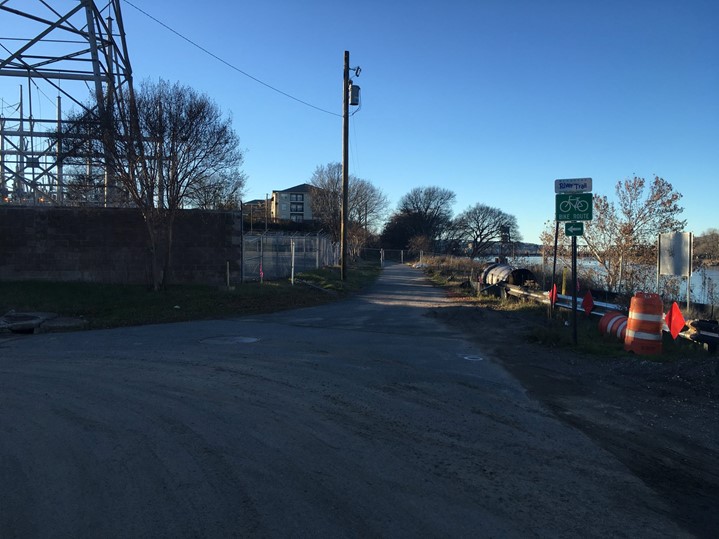 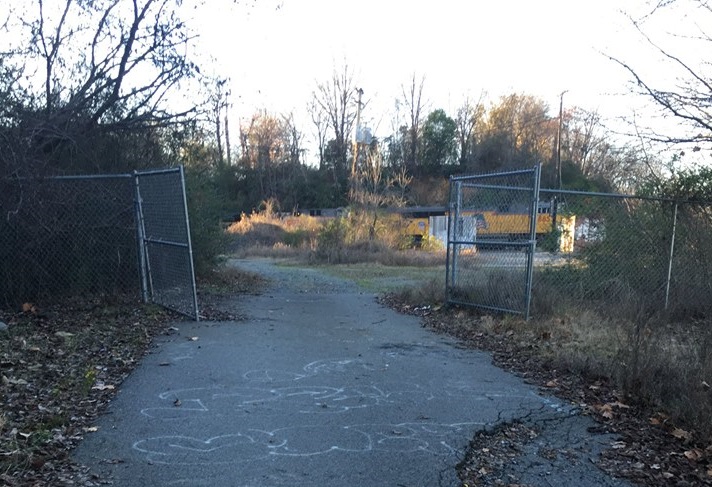 Improvements to the ART East Terminus

The City of Little Rock is building a BikePed bridge over the UP tracks.  Coupled with completed work on the West Terminus, this bridge will allow uses to remain on the north side of Cantrell/LaHarpe.  A ramp from the UP bridge to the Medical Mile would significantly increase the safety and comfort of the Arkansas River Trail in this section.  The City is seeking external funding to build that ramp.