We are considering creating a more comprehensive map of where bicycle and pedestrian infrastructure and resources are in our city with an optional overlay of Rock Region Metro's stops.  The purpose of this map is to serve as a resource when people are planning their active transportation/recreation route.  There would be three layers, a bicycle layer, a pedestrian layer, and a transit layer; each layer could be turned on or off (e.g. if you were only interested in the bike information, you could view that as a stand-alone map).  The ability to superimpose these different layers on the same map, however, would be one of its greatest strengths because these transportation modes are often used together in the same trip (see "Active Transportation Interdependent" subsection).

We could use your help to create this map.  Over the next few weeks, BikePed Little Rock will be doing outreach to see what map features are useful to you (and what aren't).  We'll also be asking you to identify locations of various features (i.e. crowdsourcing).  Finally, we will be seeking feedback about the accuracy of the map so we can improve it over time.

There are two existing maps that are good but not great resources for this purpose.  Google Maps (including "Google Map of Current Bike Infrastructure") includes bus stops.  Rock Region Metro's Trip Planner ties into Google's engine, but Google Maps does not include good resources for bike and pedestrian facilities. 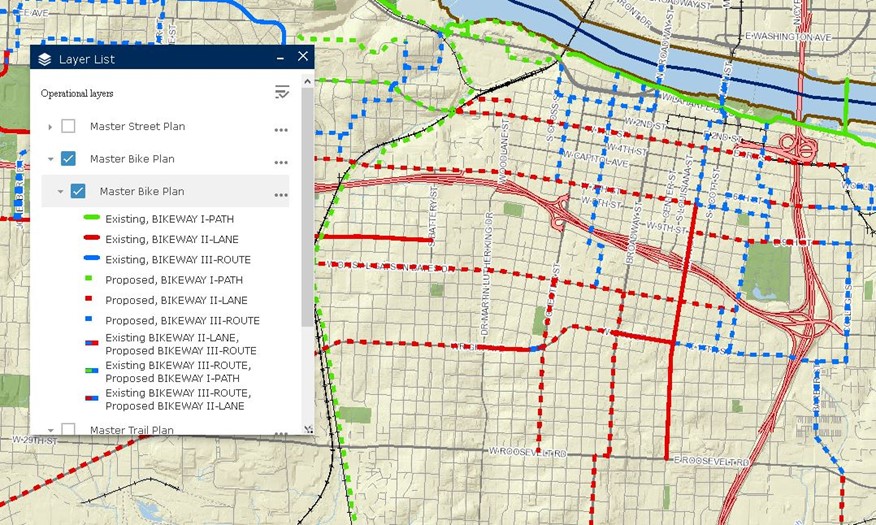 Figure 1.  The Master Bike Plan Interactive Map has good information to include in the BikePed Map, but is itself a poor substitute for the BikePed Map.

We also have a Google Map created to address the purpose of the proposed BikePed map, but with limitations (Fig. 2): 1) it does not include all of the proposed bike resources (e.g. fix-it stations, repair shops, etc.), 2) it includes none of the proposed pedestrian features, 3) some of what the map calls bike lanes do not meet minimum standards for bike lanes, 4) it is difficult to distinguish bike lanes from bike trails and it does not specify sharrows, 5) it is not up to date and it contains some inaccuracies, and 6) it is more difficult for the City of Little Rock to maintain/update this type of map. 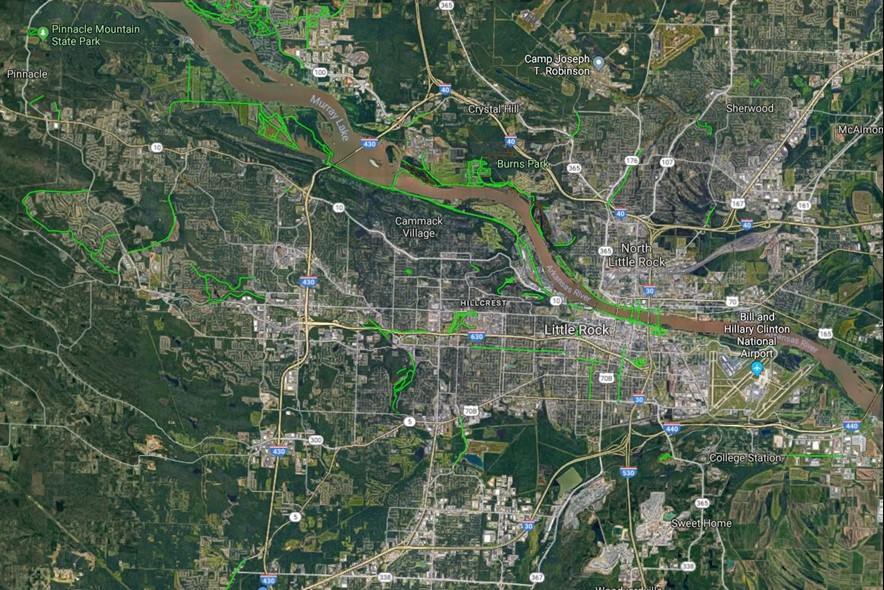 What features would you like to see on the BikePed Map?  What features are superfluous?  Understand that the more feature types are included on any map, the more challenging it can be to read.  Some possibilities of features are below.  We would like for you not only to prioritize these features, but propose your own: