The City of Little Rock and bicycle advisers and advocates have been working on an east-west bike and pedestrian corridor through the core of the city for years.  Dubbed  the "Midline", we believe there to be considerable latent demand for this facility for transportation.   Most of the route required to establish this corridor is already identified in the Master Bike Plan and Master Trail Plan; this page and its associated sub-pages simply highlights the Midline as a single corridor, provides greater focus to Midline projects, and identifies opportunities and challenges to Midline establishment.

While the Midline could take several routes, the route outlined below considers the most immediate opportunities to create this corridor and access to it using a combination of existing and proposed shared use trails and bike lanes. The Midline concept is grounded in pragmatism and is informed by existing facilities and current projects.  It is not an ideal route, but given the scope of the projects required to even create this route, it may be the route that we can implement relatively soon.  The establishment and use of a bicycle and pedestrian route in this area may increase the will to improve and expand the Midline, even rerouting it when better facilities can be achieved.

However, even as compromises are made to achieve timely implementation for regional connectivity, in order for the Midline to be a cohesive corridor and increase bicycle and pedestrian activity, it needs to have strong wayfinding and a lower threshold of user stress (i.e. separation from motor vehicles) than surrounding routes.  Conventional bike lanes to separate on-street vehicular traffic from bicycle traffic are a minimum level of protection for the core of the Midline (Fig. 1, purple circles).  Sidewalk facilities on at least one side of the street is a minimum to support pedestrian travel.  Sharrow routes connected to the Midline can provide access to the Midline or provide more direct routes for riders willing to ride in the same space as vehicular traffic (Fig. 1, blue circles). 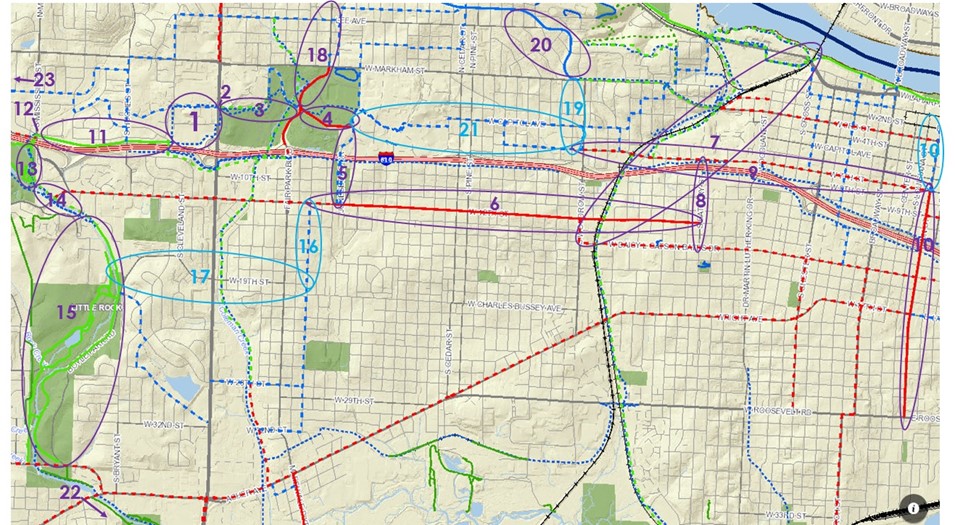 Public involvement will be critical to build a consensus around the route of the Midline and to support the projects required to implement it.  If you have any suggestions about changes to the Midline route, please contact jlandosky@littlerock.gov.

Figure 1 gives an overview of the proposed route and refer to numbers in the text below.

1) The District at Midtown:  The City of Little Rock is in discussions with the developer of the property where Sears used to be to either construct a bicycle and pedestrian around their new development.  Contact Mark Webre MWebre@littlerock.gov for more information.

2) University Crossing:  A key challenge to creating this corridor is to construct a safe and convenient crossing over or under University Ave.

5) Jonesboro Drive:  The City of Little Rock seeks to revitalize and create better bicycle and pedestrian accommodations on Monroe/Jonesboro between Zoo Dr. and 12th St (Fig. 2).  The City applied for an ArDOT Transportation Alternatives Program grant in April 2017 to do some of this work but was not awarded the grant. 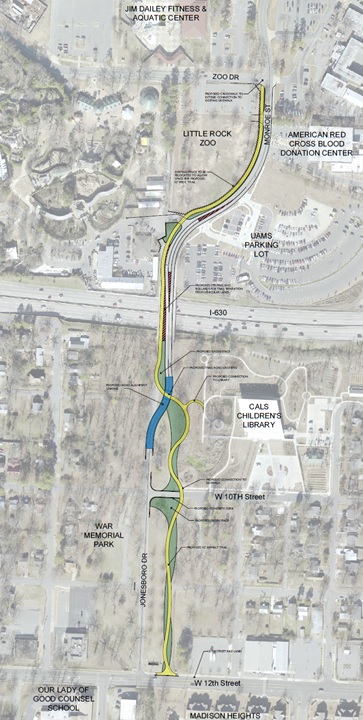 Figure 2.  This project would not only create a piece of the Midline, but will create a safe connection between the zoo, the CALS Children's Library, and the bike lanes of 12th St. (Figure by Leland Couch).

6) 12th Street:  12th Street has bike lanes and sidewalks throughout the circled section.  We recently performed a road diet and installed bike lanes on 12th St. as part of a major effort (Metroplan's Jump Start) to revitalize 12th St. and make it a more livable, walkable corridor.

8) Battery Street:  Bike lanes on Battery St. from Daisy Bates to 7th St. would create a necessary connection for the Midline.

9) 7th Street:  This is a critical corridor to make multimodal for the Midline and for our transportation system in general.

10) Main Street: Main Street is an important north-south connection that will add value to the Midline.  It has bike lanes from 8th St. to Roosevelt, sharrows from 8th to 6th, but no installed bike facilities from 6th to Markham.  The sharrows proposed in the Master Bike Plan would improve this street as a bicycle corridor.

11) I-630 Trail: There is an existing, paved bicycle and pedestrian trail along I-630 from the western edge of the Sears development to Mississippi Rd.  It's width and its condition are not ideal, but it is capable of serving as a safe and comfortable transportation corridor for bicyclists and pedestrians (Fig. 3).  It needs improvements to its access points to better serve the Midline. 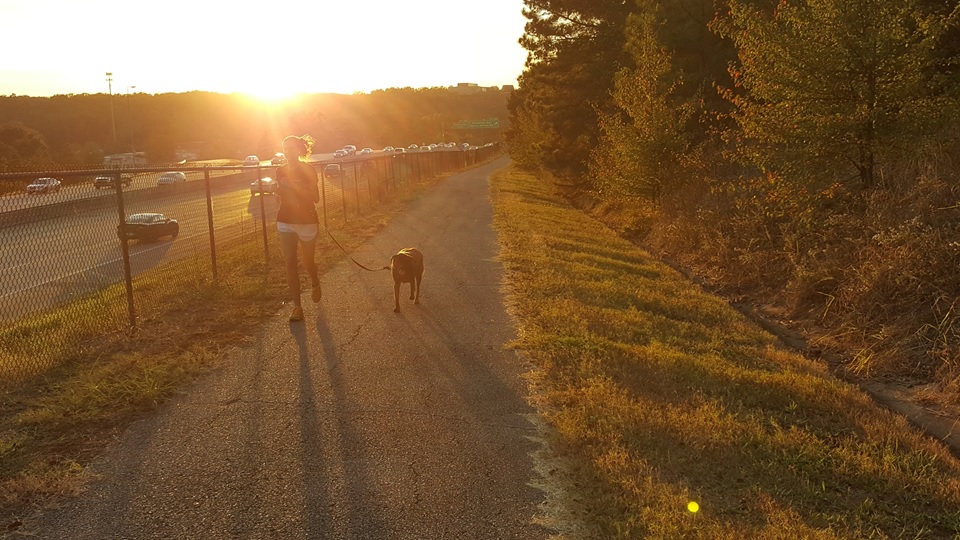 Figure 3.  The I-630 Trail is an underused asset in our community because of a lack of connectivity (photo by Michael Sprague).

12) I-630/Mississippi/Rodney Parham Intersection:  This is another key challenge to the Midline.  As the intersection is now, it is unwelcoming and dangerous for bicyclists and pedestrians (Fig. 4).  ArDOT preliminary plans for this intersection would make it even more concerning as part of the Midline. 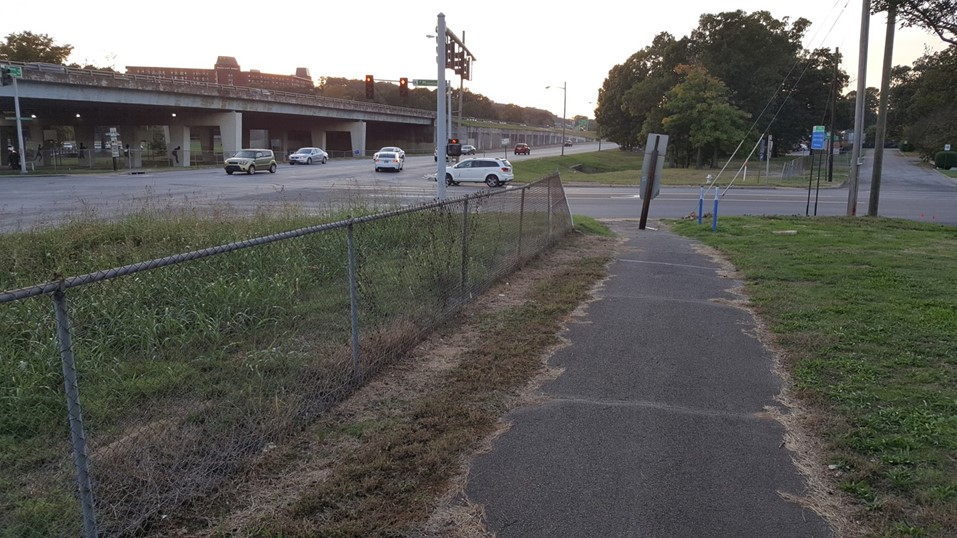 Figure 4.  The Midline requires bicyclists and pedestrians cross both Mississippi and Rodney Parham.  While not impossible, this is certainly a dangerous, high-stress intersection now and perhaps even more so following I-630 expansion.  Without a better facility here, this intersection alone would decrease use of the Midline (Photo by Michael Sprague).

13) Kanis Park:  While a north-south trail connection within Kanis Park would ultimately be ideal for wayfinding and a pedestrian sense of place, existing trails and drives connect to the southeast edge of Kanis Park.  Sharrows should be applied to drives for bicycle and pedestrian wayfinding.

15) Boyle Park:  Boyle Park is a large park with an large existing trail network.  Connecting the Midline to Boyle Park will extend the reach of the Midline considerably farther south than it would be otherwise.

16 & 17) Harrison 19th and Boyle Park sharrows:  Sharrows on S. Harrison, 19th, and Boyle Park could create a more direct but less protected route southwest.  The convenience of this spur could increase use of the Midline and bicycle commuting from southwest Little Rock.

18) Midline to Heights Connection:  These projects would make a safe connection from the Midline to Hillcrest and the Heights.

19) Booker Street:  While sharrows do not provide the minimum level of separation required on the Midline, creating this connection on a low-traffic residential street can help bicyclists who want a more direct route to Hillcrest and the Heights than the Midline to Heights Connection.

20) Kavanaugh Bike Lane: Kavanaugh from Markham to Valentine is an uphill climb on a narrow shared lane with a double yellow line and poor sight-lines.  A bike lane in the uphill direction, similar to the lane on Overlook Drive, could help separate bicycle and vehicular traffic when their speed differential is highest.

21) UAMS/Capital Ave Bike Route and Sidewalk:  It is not possible to put bike lanes on some of these streets, therefore this route can only be a Midline spur.  However, for people willing to ride in the same space as motor vehicles, this could provide a more direct east-west route, increasing the use of the Midline.

22) South of Boyle Park:  The new bike lanes on 36th St. could help connect Boyle Park's trails to existing and potential trails in First Tee Golf, Western Hills, Hindman Park, Terry Park, and Otter Creek Park (Fig. 5).  Existing trails within and between these parks could be connected and leveraged to create a transportation corridor in Southwest Little Rock.  Fourche Bottoms is just to the east of this map, providing another opportunity for connectivity.  These "existing trails" must be ground-proofed so that high priority trail connections can start to be conceptualized and created (I would prioritize connections between two trails in good condition that maximize a ratio of connections (length and destinations) to cost). 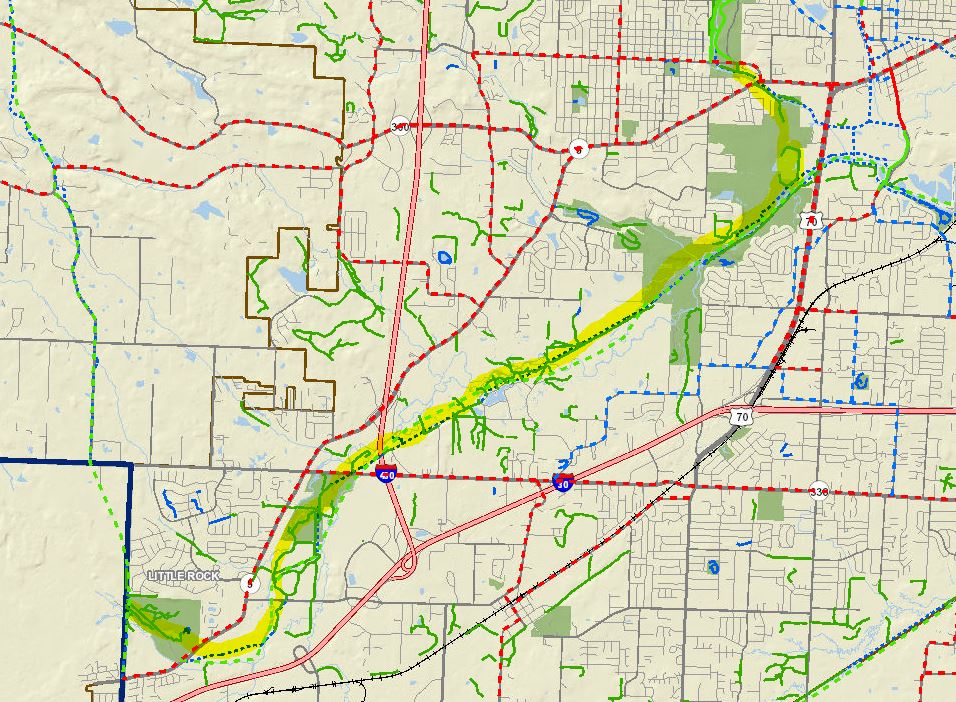 Figure 5.  A line of City of Little Rock parks, many of them with existing trails within and between them, creates an opportunity for a trail system extending to the Southwest corner of Little Rock.  Solid green lines represent existing trails.  Ground-proofing is required to determine the condition of existing trails and, if these trails are to serve a transportation function, asphalt paving throughout would improve use.

23) West of Kanis Park:  Green space surrounding Rock Creek, some of which already has existing trails, creates an opportunity to extend this trail network west from Kanis Park, through Weedman Park, perhaps under the Big Rock Interchange and Shackleford Rd. via the Rock Creek channel, to the existing, paved Rock Creek Trail behind Fu Lin to Loyola Dr. (whose existing bike lanes create connectivity north), and continuing west along Rock Creek (Fig. 6).  If this trail can extend to the bike lanes of Champagnolle Dr. (far left of Fig. 6) it would connect the Midline to the Arkansas River Trail via the Taylor Loop Connection.