Bike lanes are on-street bicycle facilities that offer a bicyclists a separated space from vehicular traffic and differing degrees of user comfort and protection.  This page highlights some of our bike lane projects and discusses their importance.  To see when these bike lanes were installed, see Project Timeline.  To learn how bike lanes direct traffic movement, see CLR Bike Lanes 101 and CLR Bike Lanes 201 and, better yet, take a SMART Cycling class through BACA (for bicyclists) and a CLR Friendly Driver class (for motorists).

Space on the roadway is valuable; do bike lanes provide measurable benefits?

Bike Lanes Increase Safety:  This is intuitive, but we also have evidence to support it.  In a study of 2,374 respondents, Relative Danger Index (RDI) 2nd highest on major streets without bike lanes and lowest on streets with bike lanes (incidentally, RDI was by far the highest on sidewalks, where it is generally considered unsafe for adults to ride).  Other research supports this relationship as well.

Bike Lanes Increase Ridership: Nationally, in Arkansas, and in Little Rock, the largest disincentive to biking is a lack of facilities, including bike lanes, and the top four disincentives all relate to a fear of being struck by a motor vehicle (Fig. 1).  Bicycle transportation options increase community health, sustainability, equity, and quality of life.

Ridership Increases Safety:  This may not be as intuitive, but several studies show that increased ridership increases per capita safety.  This virtuous cycle may have to do with drivers better accounting for bicycles as an expected traffic mode. 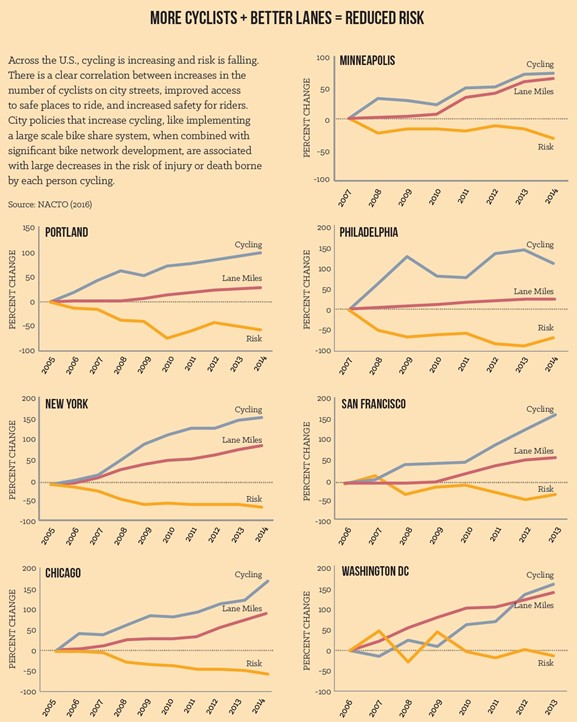 Not all Bike Lanes Are Created Equal: Different types of bike lanes offer different degrees of separation from motor vehicles (see below); it should be no surprise that their impacts on safety and ridership differ accordingly (see also Latent Demand). 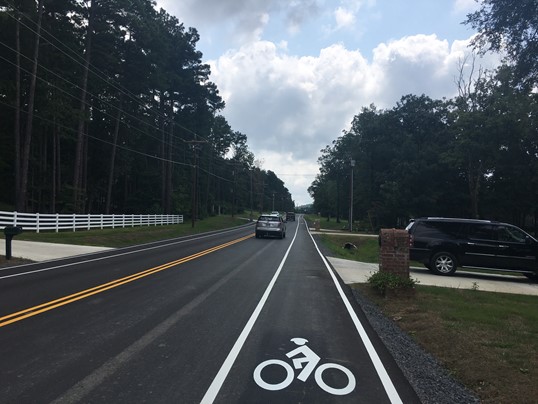 Conventional bike lanes in Little Rock can be found on:

See also LR Bike Ways for an interactive map of these facilities.

Figure 3.  People for Bikes discusses how protected bike lanes can lower rider stress, getting more people and a wider variety of people to ride more often. 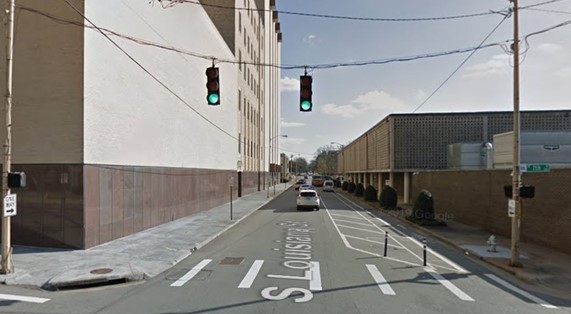 For more information about Little Rock's bicycle and pedestrian infrastructure, go to Projects.