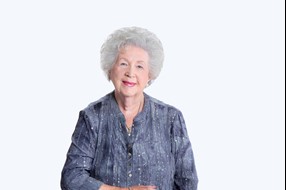 Director Adcock is a longtime Little Rock resident who graduated from Little Rock Central High School. For several years she was owner and manger of Youngland Children's Shop. She was also founder and director of the Hope Center, a nonprofit welfare-to-work organization.

Director Adcock has been active in establishing neighborhood associations throughout the City. She is also active in Neighborhoods USA (NUSA) and has worked for Little Rock to host the national conference twice. She was also instrumental in establishing the Little Rock Landbank Authority. She has long been a champion of issues important to children.

Another area of interest for her is the City's animal population. Director Adcock was involved in the fundraising and design of the new Little Rock Animal Village. She can often be found volunteering out there in education and outreach efforts as well as helping visitors select a new cat or dog to join their family.

A graduate of Leadership Greater Little Rock, she is a member of the City of Faith Community Board and attends Midtowne Church. She was involved in the Future-Little Rock goal-setting process serving as co-chair of the Rental Inspection Task Force.  Director Adcock has worked with the Southwest Little Rock Christmas Parade as well as numerous nonprofits committed to addressing domestic violence, education, and job training.